Three more victims were found by search and rescue crews Monday morning in the rubble of the collapsed Champlain Towers condo building in Surfside, Florida.

Their recovery brings the death toll at the site to 27 people confirmed dead in the June 24 collapse, with 118 more still unaccounted for.


The families of the victims, who have been waiting to hear news about their loved ones, were informed about their fate by Miami-Dade Fire Rescue Assistance Fire Chief Raide Jadallah, according to The Associated Press.

Two of the victims recovered Monday have been identified as Tzvi and Itty Ainsworth, ages 68 and 66 respectively, Chabad Lubavitch Chassidim from Australia who recently moved to Florida.

Last week, a Miami firefighter was among the rescue crew who found his 7-year-old daughter under the debris from the collapse.

This weekend authorities also identified the body of 58-year-old David Epstein, whose wife Bonnie was identified on the Sabbath. The couple are parents to one son who lives in New York.

Second Tower in Condo Complex Demolished
The remaining tower of the collapsed Champlain Towers condo building was demolished at 10:30 pm Sunday night in a controlled explosion that brought the building down vertically.

Engineers set off rigged explosives planted in the lower section of the shaky building, inducing a well-contained collapse that leveled the building.

Miami-Dade County Mayor Daniella Levine Cava said the demolition was executed “exactly as planned… The building fell as was planned towards Collins Avenue. Only dust landed on the existing pile,” the mayor said.

Officials were able to commence work on the pile around midnight and by 1:00 am ET, they “were in full search and rescue operation mode” again, Levine Cava added.

Residents in the area were instructed to keep their doors and windows closed in order to prevent dust from the demolition entering their homes. 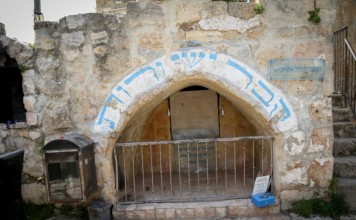