The New Jersey Jewish News announced that its issue this week would be the last one in its 74-year-old history.


“It’s news to exactly no one that the classic business model of newspapers has been in danger ever since an internet connection became a staple in every home,” he wrote. “But despite a massive drop in ad revenue, budget cuts, multiple rounds of layoffs, and the overall preference of young people to read on a mobile device rather than in newsprint, somehow NJJN managed to avoid the surging waves that sunk larger vessels, never unscathed but always keeping afloat, our sails intact, our flag raised, and the bow pointing homeward. Sadly, the coronavirus pandemic is the storm we cannot weather.”

“And, to complete the nautical metaphor, I am content, though sad, to go down with the ship,” he continued. “It’s heartbreaking that it has come to this, that we will no longer be able to share the rich and varied stories of the Greater MetroWest community, that we will lose touch with many of our sources and amazing individuals we’ve covered, not to mention the constant contact among NJJN staff, professional relationships that almost immediately morphed into close friendships.”

Kahn added that “this will not be a final farewell, but l’hitraot until a different version of the New Jersey Jewish News will reappear in the not-too-distant future.”

In 2016, NJJN, which was founded in 1946 as The Jewish News by the Jewish Community Council of Essex County, was sold by the Jewish Federation of Greater MetroWest NJ to the Jewish Week Media Group.

The NJJN development follows news earlier this month that its sister publication, The New York Jewish Week, put its print edition on hiatus and will transform into a digital news outlet starting in August. 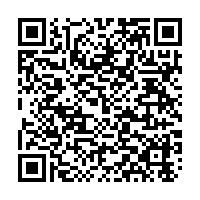