“Turkey is a longtime strategic ally of the United States. That relationship has deteriorated dramatically in recent years and is quickly deteriorating further,” Risch told Defense News. “President [Recep Tayyip] Erdogan’s purchase of the Russian S-400 significantly changed the nature of our relationship. This purchase benefits our adversary [Russian President Vladimir] Putin and threatens the integrity of the NATO Alliance.”

McCaul told the outlet that “Turkey’s purchase of the Russian S-400 is unacceptable and undermines NATO’s mission to deter Russian aggression. The administration must impose the sanctions required by law in response to this purchase. Turkey must reverse course on this destabilizing action to renew the United States’ confidence in our defense relationship.”

Menendez and Engel declined to comment to Defense News.

Engel has declined to approve U.S. military sales to Turkey since mid-2018, while Risch has blocked such sales since Turkey acquired the S-400 in July 2019, multiple congressional sources told the outlet.

“Nobody has signed off on anything, roughly, for the last year,” one congressional source told the publication. “Nothing moves in this process until all four of the offices have said, ‘yea.’ ”

Arms deals to NATO member states such as Turkey—and some non-NATO countries including Israel, South Korea, Japan, Australia and New Zealand—worth more than $25 million require congressional approval. Weapons sales worth less than that amount and older cases that are underway have not been stopped.

Aykan Erdemir, who served in the Turkish parliament from 2011 to 2015, and who now serves as senior director of the Turkey program at the Foundation for Defense of Democracies, told JNS that “this development is further proof that Erdoğan’s decision to purchase a Russian air-defense system was an ill-advised move that not only risked triggering [Countering America’s Adversaries Through Sanctions Act] sanctions, but also blocked Turkey’s access to U.S. arms, including the F-35 stealth fighters.”

Despite the S-400 acquisition, the Trump administration has yet to enact CAATSA sanctions against Ankara—a move that former Pentagon official Michael Rubin told JNS exemplifies Congress largely abdicating its “oversight and deferred foreign policy to the White House.”

“Erdoğan’s malfeasance may have just become the thing necessary to break Congress out of its stupor,” he said. “Simply put, blocking arms sales to Turkey is both the right thing to do and a reminder that American security is best defended when Democrats and Republicans work together to stand united against dictators and repressive leaders.”

Erdemir said that even if Erdoğan “chooses to delay further the activation of the S-400 system, U.S.-Turkish defense cooperation will continue to suffer, costing Turkish defense companies lucrative contracts, as well as access to critical weapons and munitions systems. Given Erdoğan’s insistence on the Russian system, Turkey will have to wait until after Erdoğan to rebuild its defense cooperation with the United States.” 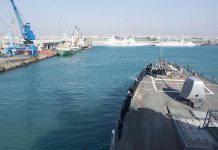 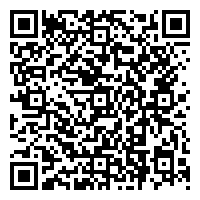