Washington – New Jersey Senator Frank Lautenberg whose signature law facilitated a flood of Soviet Jewish emigration just prior to the collapse of the Soviet Union, died Monday morning of viral pneumonia after serving for more than thirty years in Washington.

Those who were closest to the 89-year-old Democrat said the law that had the most meaning for him was the one that bears his name.


The Lautenberg Amendment, passed in 1989 and enacted in 1990, facilitated the emigration of Soviet Jews by relaxing the stringent standards for refugee status, granting immigrant status to those who could show religious persecution in their native lands.

At a tribute in New York to Lautenberg last week hosted by Hillel: The Foundation for Jewish Campus Life, Lautenberg’s wife, Bonnie, called the amendment his “proudest achievement.” Bonnie Lautenberg accepted the award in his stead because the senator was too ill to attend.

The amendment now requires renewal every year, and at times has been threatened when Congress cannot agree on a budget, as was the case this year.

An amendment authored by Lautenberg to the immigration overhaul now under consideration in Congress would allow the president to fund the Lautenberg provisions without congressional approval. The amendment was part of a package approved last month by the Judiciary Committee, and the odds are that the full bill will pass.

“The law has been a lifesaver for hundreds of thousands of people who have fled religious persecution,” Hetfield said.

“When he became involved in electoral Jewish politics, he didn’t forget his Jewish involvement,” said Mark Levin, the director of NCSJ, formerly the National Council of Soviet Jewry. “He became one of the leading advocates for Jews in the Soviet Union.”

Another far-reaching law that bears the name of the New Jersey Democrat passed in 1996, banning the sales of guns to those convicted of domestic violence.

Lautenberg grew up in Paterson, N.J., the son of poor Jewish immigrants from Poland and Russia. He liked to say his parents “could not pass on valuables, but left me a legacy of values,” according to a release from his office.

He served in the U.S. Army Signal Corps in World War II and then earned a degree in economics at Columbia University through the G.I. Bill. The role of government in giving a poor kid from Paterson a shot at an Ivy League education undergirded Lautenberg’s subsequent commitment to social justice.

He started Automatic Data Processing and built it into the largest data processing firm in the world by 1974, when he became chairman of the United Jewish Appeal. Within a year Lautenberg had increased its charitable intake to the second-highest level in its history — an extraordinary accomplishment at a time when the United States was reeling from the energy crisis.

His business success meant he could pay for much of his Senate run in 1982, when the seat was open because the incumbent Democrat, Harrison Williams, resigned after being implicated in a bribe-taking scandal.

Lautenberg’s opponent, moderate Republican congresswoman Millicent Fenwick, had the backing of the state’s popular GOP governor, Thomas Kean, and was favored to win. But Lautenberg prevailed, 52 percent to 48 percent.

His Senate career was marked both by unflinching liberalism and his reputation for integrity. Lautenberg retired in 2001, but in a replay of his 1982 election, the state party called on him to run in 2002 after the scandal-plagued Robert Torricelli was forced to resign. This time, Lautenberg won handily.

His liberalism was rooted in his hardscrabble youth overshadowed by the death of his father from cancer when he was a boy, according to lifelong friend and fellow Paterson native Stephen Greenberg, now chairman of NCSJ.

“Paterson was the silk center of the world at the time,” Greenberg said. “You had this massive number of Jews from Russia and Poland in that whole area. His father worked in the silk mills, and Frank believed that was the predominant source of his cancer.”

Lautenberg became the Senate’s leading advocate of public safety, writing laws that improved standards for clean coastal waters and tripled liability for oil spills. In 1968 he founded the Lautenberg Center for Immunology and Cancer Research at the Hebrew University of Jerusalem. 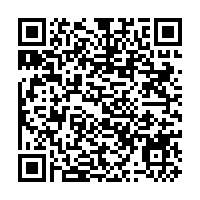