NASA astronauts Robert Behnken and Douglas Hurley made history Saturday in the first crewed SpaceX Crew Dragon spacecraft to launch on a Falcon 9 rocket Saturday afternoon (May 30) from the Launch Complex in Florida.


This test flight with NASA astronauts Bob Behnken and Doug Hurley on board the Dragon spacecraft returned human spaceflight to the United States. Demo-2 was the final major test for SpaceX’s human spaceflight system to be certified by NASA for operational crew missions to and from the International Space Station. NASA’s Commercial Crew Program is intended to lay the groundwork for future American space exploration and future missions to the Moon, Mars, and beyond.

Saturday’s launch was a repeat of one that was scrubbed at the last minute this past Wednesday when bad weather led to the cancellation of the flight. Unlike last week, this time the launch went off perfectly, with engine separation proceeding without a hitch and the astronauts flying at more than 5600 miles per hour.

Spectators and technicians, engineers and families alike watched closely as the first part of the Falcon 9 spacecraft returned to earth, with three of the rocket’s nine Merlin engines re-igniting to slow its re-entry into the Earth’s atmosphere.

A single Merlin engine ignited to slow it further as it slowed towards Stage One landing. It landed smoothly on the “Of Course I Still Love You” vessel, with its drone ship landing pad ready and waiting, right on schedule.

Just as Stage One was completing, Second Engine cut-off and separation was just a few minutes away.

“There it is on your screen. This is the first Falcon 9 to carry humans to orbit!” the narrator declared jubilantly. “This is very exciting for us. . . So exciting today!”

Meanwhile the Dragon spacecraft continued towards orbit, carrying the two astronauts. Within moments, Falcon 9 and Dragon entered orbit at approximately 16,000 miles per hour. “Dragon separation confirmed,” said an engineer, and a view of the second part of Falcon 9 was seen floating away from Crew Dragon spacecraft.

Applause was heard from the control room, along with cheers. “There’s that separation confirmed! Dragon is now making its way to the International Space Station today,” announced the narrator.

From the Control Room came a patched-in conversation between the engineers, Mission Control in Houston, and the astronauts in the Crew Dragon spacecraft:

“Dragon Space X, that’s a separation call. Uh, we have a few words for you from our Falcon 9 team.”

“Dragon, Chief Engineer on Dragon to Ground. Bob, Doug, on behalf of the entire launch team, thanks for flying with Falcon 9 today; we hope you enjoyed the ride and wish you a great mission!”

“Thanks Bob our congratulations to you and the F-9 team for the first human ride for Falcon 9! And it was incredible. Appreciate all the hard work and thanks for the great ride with space. Copy all. Proud of you guys and the rest of the team. Thank you so much for what you’ve done for us today and for America. Copy all.”

The astronauts are expected to arrive at the International Space Station on Sunday morning, Eastern time. 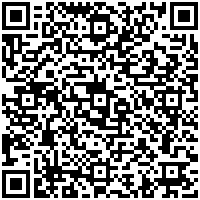