Tillerson discovered his new status via a tweet by Trump, according to another tweet, this one by CNN Executive Producer Javi Morgado, who said undersecretary for public diplomacy Steve Goldstein confirmed the fact to reporter Elise Abott.

As part of that process, CIA deputy director Gina Haspel has become the first woman to be nominated to become the director of the CIA, and Pompeo’s successor.

The relationship between the two men has been a stormy one, with Tillerson at one point last year having referred to the president as a “moron” – a remark for which he later apologized. Trump responded by challenging Tillerson to an IQ test but the comment was one he never forgot. Trump, known for his crystal-clear memory, also has a history of biding his time when it comes to insults.

“I actually got along great with Rex, but really, it was a different mind set,” Trump told reporters Tuesday at the White House. “I wish Rex Tillerson well,” the president said. “I very much appreciate his commitment and his service and I wish him well. He’s a good man… We got along actually quite well but we disagreed on things.”

The president told OANN reporter Trey Yingst that he and Tillerson had specifically disagreed on the JCPOA Iran nuclear deal. “We were not really thinking the same,” Trump said.

According to a State Department official who spoke with CNN, Tillerson didn’t know why he was fired; he said he hadn’t spoken with the president.

“If confirmed, I look forward to guiding the world’s finest diplomatic corps in formulating and executing the President’s foreign policy,” Pompeo said in a statement in response to the news.

When Generations Collide – The Science of Kabbalah [audio] 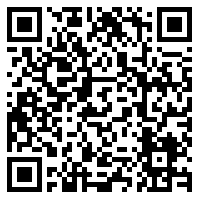