US Secretary of State Antony on Wednesday announced the United States had applied for readmission to the United Nations Human Rights Council.

Speaking in a video address to the UN, Blinken told the world body, “I’m pleased to announce the United States will seek election to the Human Rights Council for the 2022-24 term.


“We humbly ask for the support of all UN member states in our bid to return to a seat in this body,” the Secretary said.

Under the Trump Administration, then-US Ambassador to the UN Nikki Haley announced in June 2018 that the US would quit the UNHRC, calling the body a “hypocritical and self-serving organization” that displayed “unending hostility towards Israel.”

Then-US Secretary of State Mike Pompeo, who also attended the session, denounced the council as “a protector of human rights abusers.”

The new administration under US President Joe Biden has said, however, that it will re-engage with international bodies, including the UNHRC and the World Health Organization.

Numerous nations with questionable human rights records have been elected to the council year after year. Israel is the only nation subjected to a permanent standing agenda item all its own. 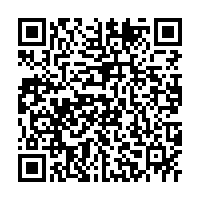