Modi isn’t a doctor, but his prescription to heal people can be found at one of his hilarious shows. The comedian (whose last name is Rosenfeld but who has rightfully earned the right to simply go by his first name) knows he is especially needed now.

“They would always say ‘laughter is the best medicine,'” he said in a phone interview with The Jewish Press. “But now is the first time I really see that in the eyes and smiles of people. After the tough times they’ve had since Covid, I’ve gotten people who messaged me that they lost their mother or father and hadn’t laughed in a year and this was the first time that they had a few seconds to relax and enjoy life – and for a moment forget about disease, and death and floods and fires.”


Modi (short for Mordechai) is excited to perform in an upcoming appearance in Skokie, Illinois, and says his feelings won’t be hurt if the Ku Klux Klan stays home.

“A lot of people ask me about that because the Klan marched there, but the truth is I love performing there because Skokie has a tremendous Jewish community,” he said.

As part of his “Know Your Audience” Tour, he will perform in Skokie, Fort Lauderdale, Florida; Houston, Texas; and Port Washington, New York.

He said he is not sorry he gave up his job on Wall Street for a job making people laugh.

“Hashem had his plan and that was to make me someone who unites people,” he said. “At my shows, all different types of Jews of different denominations and different ages laugh. The decisions I’ve made in my life have caused me to be exactly where I want to be and where I’m meant to be.”

After a year of doing mainly Zoom shows due to Covid, the comedian has sold out shows at Stand Up NY, Carolines on Broadway and City Winery, and is sough after for corporate and private events.

“What I love about doing shows in other parts of the country is it unifies the Jewish community,” he said. “When Jews find out there’s an event happening, in a town where there are not many Jewish events, they will all come and they’ll all laugh. New York is one thing and is great, but I get a lot of out-of-towners who are in New York asking when I’m coming to their town. Now I am. When they hear a heimish comedy event is coming a lot of students come and all the Jews come. Not only Jews come – allies of the Jews come also.”

Modi is the rare comic who can make an entirely Jewish audience laugh and then go to The Comedy Cellar and make a crowd that is only half or even a quarter Jewish also laugh so hard the people are in tears.

He is known for riffing on the difference between how Ashkenazi and Sephardi Jews make the hamotzi blessing over bread, and does a great impression of an overzealous female German flight-attendant and one of a nagging mother. He does a great chassidic accent, speaks Yiddish – and if his singing is impressive, don’t be surprised, as he trained to be a cantor.

While I have interviewed him before, I noticed that this time he speaks with a special passion and zeal, like a man on a mission. Sure, people have always loved his comedy. But after Covid, the rise in anti-Semitism, rockets against Israel and the Taliban taking over Afghanistan, it is especially hard to find something to laugh about.

He recited the Shehechiyanu blessing in the first moments of the first episode of his new podcast “And Here’s Modi,” which is available on Spotify, Apple Podcasts, Amazon Music and other platforms. The podcast is produced by and co-hosted by fellow Jewish comic Periel Aschenbrand, who often reminds him to translate Hebrew or Yiddish terms into English. His first guest was his own rabbi, Rabbi Gavriel Bellino of Sixth Street Community Synagogue in Manhattan. Modi told Bellino that when he did a roast for Commentary magazine, Texas Senator Ted Cruz said he wished there had been more jokes about him, Cruz.

Modi roasted former Connecticut Senator Joseph Lieberman on one occasion, and podcast and media star Ben Shapiro another time. I asked him which man was harder to roast.

“I would never use the word harder,” Modi said. “Each one was fun to do and they loved it and recorded it on their phones. I might not agree with all the philosophy of Ben Shapiro, but off-stage he was such a nice guy. He came over. We hung out. The audience was there for a laugh and it wasn’t done out of a mean place. You only roast the ones you love. Senator Lieberman has come to my shows in Riverdale since then. When you do something out of love and make people laugh, they appreciate it.”

On comic Jackie Mason, who recently passed away, the comedian said: “The New York Times said I’m the next Jackie Mason. Jackie then said, ‘I’m still here.’ Now, sadly, he isn’t, and I view myself as having a responsibility to not be exactly like him but to take the responsibility of making people laugh, no matter what.

“At Stand Up NY, I even did a show where I had to do comedy behind Plexiglas, which is something I would have never figured, but we had to do it due to Covid rules. If you have to wear a mask or show a vaccine card or the crowd is a little more limited than usual, it’s worth it. A small inconvenience is nothing compared to a night of laughs. It’s healing. It makes you happier and will make you function better.”

He said Mason once came to see an hour-long show off his. “I remember watching him enjoy himself and he came over to me and we schmoozed,” he said. “Performing for the king of Jewish comedy was an honor.”

Modi, who created a chassidic character called Yoely, partly because he feels chassidim get a bad rap in the media, said the character will soon be making a statement about the Taliban takeover of Afghanistan.

“Yoely is thinking about it and wondering what’s the best thing to say and we can expect to hear from him in video in a few days,” he said.

Known as a high-energy comedian, Modi said, “On this tour, I’m going to bring even more energy than usual” – knowing that for some towns it may be the first time in years they are hearing a live Jewish comedian.

He also said while some comedians are terrified of cancel culture, that fear doesn’t really apply to him.

“My act is clean and I don’t offend anybody,” he said. “Cancel culture also gets people press. I’m not looking for negative press. These are crazy times. I’m looking to give people a treat they are looking for.”

He said singles often enjoy his show because the jokes help alleviate some stress or nervousness they might have.

“At the show maybe they’ll meet somebody or bring a date, and when you laugh it changes your mood,” he said. “It gives you something good to talk about. It’s much better to talk about that than disasters in the world. Sometimes, I work table by table, row, by row, you deliver the punch-line to the people that really need it.”

Modi said he knows we live in passionate political times and some comedians will use their act to try to appeal to a certain stream of voters. He said that’s not his thing and that his goal is to get laughs, not votes.

“I do observational comedy,” he said. “I see the funny and I point it out. I don’t care if  it’s left or right. I’m not looking to be a political guide or telling people who to vote for. I’m  looking to show humor on both sides.”

He said it’s proven that immune systems are better when a person laughs and has a positive attitude. 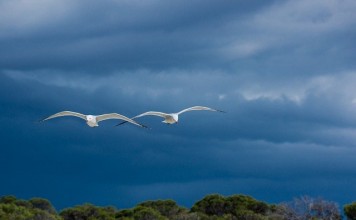