There is plenty of room for both avant-garde artworks and respectable history in the hallowed halls of contemporary Jewish cultural institutions, as evidenced in two current exhibitions half a world apart. “Tosafot: Women Drawing the Talmud” at the Mishkan Le’Omanut in Ein Harod, Israel showcases the cutting edge work of two women artists while “Light and Shadows: The Story of Iranian Jews” at the Yeshiva University Museum in New York reviews 2,500 years of Jewish cultural history and survival in one Middle Eastern diaspora.  Both significantly contribute to the lively and disparate Jewish cultural scene we are fortunate to inhabit.

The ostensible outsider frequently has the privilege of seeing the exclusive inner sanctum with fresh and unbiased eyes.  Artists’ initial encounters with the Talmud are equally blessed.  Yonah Lavery-Yisraeli and Jacqueline Nicholls’ multiple works at Mishkan Le’Omanut shine in such a light.  (Many more works of these extremely creative artists are visible at www.talmudcomics.net [Yonah Lavery Yisraeli] and www.jacquelinenicholls.com).  Lavery’s Martyrdom of Rabbi Akiva is perhaps the most moving and disturbing image I have seen created of that horrific event.  She takes the text from Brochos 61b: “When R. Akiva was taken out for execution it was the hour for the recital of the Shema and while they combed his flesh with iron combs, he was accepting on himself the Kingship of Heaven.  His students said to him: ‘Our teacher, even to this point?’”

Her image is in three parts following the comic book format she has adopted to reappraise the rarified world of Talmud study.  The bespeckled clean-shaven contemporary fellow seen sideways is Akiva himself, his glasses already cracked, as he is about to meet his end.  On the bottom is a depiction of blood flowing out of his flesh from the iron combs, tracing the lines of tefillin straps on his arm that bring to mind that indeed it was “the time to say the Shema.”  Finally the fish cruelly caught on a hook laconically brings to mind the previous Gemara of the parable of the fish and the fox teaching that the study of Torah “is your life and the length of your days” (Deut. 30:20).  Lavery’s image pushes back against the Gemara’s optimistic conclusion concerning Akiva’s place in the World to Come.  She will not be consoled over the tragic loss of such Torah teachers in the here and now.

Jacqueline Nicholls is engaged in a parallel vastly exhaustive enterprise with her “Draw Yomi – Drawing the Talmud.” The formidable task of summing up an entire page of Talmud with one drawing and a short and pithy piece of her own commentary, one page a day for the entire Daf Yomi 7 ½ year cycle, started August 3, 2012.  Brochot 13 features a stark rendition of a human heart with her terse commentary: “how long can the heart be bound up? how long can the heart concentrate? – a paragraph? 2 paragraphs? …3?  or just a sentence?”  The Mishnah and following Gemara explore the few permitted interruptions in the recitation of the Shema, as depicted in her drawing by the letter shin and its extension that binds the frail human heart.  Additionally her drawing and text echoes the paradigmatic opinion on the page that “mitzvot must be performed with intent,” asking “how long can the heart be bound up?” and thereby cementing together the concept of concentration (bound straps) with intent (the heart).  Nicholls’ contemporary text raises the critical question as to exactly how long can we realistically maintain both concentration on the content of a mitzvah and the larger issue of intent.  Halacha becomes inquiry.

Sensitively curated by Dvora Liss, the exhibition “Tosafot” presents the unique quality of visual commentaries to encourage thoughtful contemplation of multiple meanings and connections within the Talmudic text otherwise hidden.  Just summon these images when saying the Shema or learning Brochos and their power will become more than clear.

“Light and Shadows: the Story of Iranian Jews” at Yeshiva University Museum is a totally different visual experience.  This extensive exhibition of more than 100 objects originated at the Beit Hatfutsot, Tel Aviv and surveys more than 2,500 years of Jewish presence in Persia, known since the early 20th century as Iran.  While this is primarily an intriguing historical exhibition chronicling the heroic as well as disastrous history of Jews in the Shiite Islamic empire, it also features significant works of Jewish art.

The most exciting artifact is in the first section: the Cyrus Cylinder, dated from 530 BCE.  This reproduction of the original found in The British Museum is a cuneiform inscription by Cyrus the Great, the founder of the Achaemenid Empire and conqueror of most of the civilized states of the ancient Near East. Seen by some as the “oldest known declaration of ‘human rights,’” it specifically permits Babylonian captives to return to their homelands and religious practices.  This historical proof of the Jewish return from the Babylonian exile is overtly praised in Ezra 1:1 -11 and reflected in Isaiah’s approbation of Cyrus; “So said the Lord to His anointed one, to Cyrus, whose right hand I held, to flatten nations before him…” (45: 1-7).  It is here that Jewish history leaps alive in the artifacts of an ancient civilization.

Jewish life in Persia came with many trials and tribulations, but the establishment of a Shiite Muslim regime from the early 16th century well into the 19th century created an institutionalization of the oppression of the Jewish minority. According to Shiite belief, Jews are ritually impure and therefore the slightest physical contact is anathema.  Persian Jews were discriminated against and forced to live in isolated Jewish neighborhoods called the Mahale.  Forced conversion, mismatched and distinctive clothing, limited profession opportunity along with occasional violence kept the Jews subservient, even while paradoxically there was a traditional Jewish elite of doctors and healers essential to Persian society.

The intolerant nature of Persian society resulted in periodic attacks, including the pogrom in the city of Mashhad on March 26, 1839 resulting in the death of 30 Jews and the forced conversion of close to 2,000, many of whom continued to secretly observe Jewish practices.  Tens of thousands of their descendants are in Israel and New York to this day and many artifacts of their dual existence that were necessary for daily life are seen here including ketubot that mimic Muslim marriage contracts, weekly Torah readings that imitate Koran readings, tiny tefillin boxes for secretive use and similar ruses.  Nonetheless, Jews were able to operate on the fringes of Persian society, even maintaining a surprising role in preserving secular poetry and musical traditions that Shiite tradition suppressed.   Utilizing many videos the exhibition documents the notable contributions that Jews made to Persian society whenever they were allowed to exercise their natural creativity.

Not surprisingly in the literate and affluent Persian society all types of illuminated manuscripts flourished, including Jewish literature.  Many of the manuscripts selected here, including those only represented in digital format, are amalgams of traditional Jewish texts, such as the Book of Esther, and that of Persian kings and history.  Additionally poetic paraphrases of biblical stories based on Jewish, Islamic and Persian sources, such as Shahin-Torah Nama by Mawlana Shahin (1877) are seen here illuminated.  Unfortunately, these beautifully complex works that blend multiple cultural influences and visual traditions derived from the extremely rich illuminated Persian manuscript tradition are not adequately explained or shown to their best advantage.  The manuscript Prayer Book by “the Young Yosef Avraham Shalom Abd al-Raziq from Yazd, Iran (1860)” is an exception; its well-lit and open presentation allows for a full appreciation of its beauty, skill and sensitivity.

Naturally ritual objects garner attention and the botah (paisley shaped design motif) Torah Finials (1933) ornamented with little bells are especially charming.  This particular shape has deep historical roots in Persia from pre-Islamic times and more recently in Yazd wool fabrics and carpets particularly.  These finials are not only religiously beautiful but proudly proclaim their national origin.

Another example of the complexities of cultural integration are the two artworks depicting the tale of Yusef and Zulaikha.  There is an iPad presentation of the 19th century manuscript by Eliyahu ben Nissan ben Eliah from Mashhad, Iran and the early 20th century oil painting of the same subject from Tehran.  Both are fascinating only if one actually understands the subject, which is a complex Islamic elaboration on the story of Joseph and Potiphar’s wife where her desperate pursuit of Joseph continues well after he is imprisoned.  Unfortunately, this background is not presented in the exhibition.

Equally surprising is the introduction of the entire exhibition with a large Kashan wall carpet from the Ben Ephraim Family Collection in Tel Aviv.  This beautifully complex image presents an eschatological program starting with Moses and Aaron and the Mishkan on the bottom and proceeding up to the Temple Mount and the Sanctuary above, depicted in perspective as a kind of futuristic grand synagogue.  Along the borders are depictions of Noah’s Ark and Sacrifice, Binding of Isaac, Sale of Joseph and Finding Moses in the Reeds. Further research reveals that the prototype of this carpet “was presented by the Shah of Iran, Nasser-e-Din (1848-1898) to his Jewish doctor, Hakim Nour Mahmood, in honor of Mahmood’s survival from an assassination plot by his envious colleagues” (Jewish Carpets by Anton Felton, 1997; pg 156). And just as it is especially perplexing that none of this information is available in the exhibition, neither is there an exploration of the extensive history and iconography of Persian Jewish carpets.
Yet, in spite of these omissions, Light and Shadows at YUM still serves as a significant introduction to the history and art of Persian Jews, and, by their example, a courageous model for Jewish culture wherever it is found in our vast and sometimes troubled Diasporas. 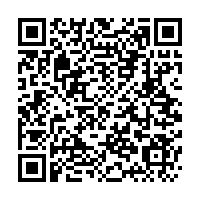