Editor’s note: The My Machberes column, now being written by Rabbi Raphael Fuchs (who also writes the weekly Taste of Lomdus column for The Jewish Press) will appear every other week.


The Satmar Rebbe of Williamsburg, Rav Zalman Leib Teitelbaum, shlita, recently made his first trip to Eretz Yisrael – where more than 50,000 people greeted him – since he assumed the role of Satmar Rebbe. He attended the chassanah, which took place in Beit Shemesh, of one of his granddaughters.

The timing of his trip ironically coincided with the Israeli elections, in which he urges people not to partake. More than a thousand people accompanied him on his trip for the purpose of distributing money to the various establishments and organizations that do not receive financial aid from the Israeli government.

While in Eretz Yisrael, the Rebbe met with many rabbanim, admorim and prominent gedolim. He visited the home of Rav Chaim Kanievsky, shlita; the two discussed several halachic issues, and the current efforts to draft haredim into the army.

The Satmar Rebbe also attended the groundbreaking ceremony for the new Satmar community in the Ramat Elchanan area of Bnei Brak.

Matzav.com reported that the Gerrer Rebbe visited Chacham Ovadia Yosef to discuss what action to take regarding the efforts to draft yeshiva bachurim into the Israeli army, the hotly-debated issue that is a prerequisite for the Yesh Atid party of Yair Lapid to join the next government coalition.

Following their meeting and a private one between Shas leader Aryeh Deri and Yaakov Litzman, head of the Agudat Yisrael part of United Torah Judaism (UTJ), it was announced that Shas and UTJ will present a uniform position to Prime Minister Benjamin Netanyahu regarding the “sharing the burden” issue of IDF service for haredi yeshiva bachurim.

Those close to the parties said that Shas and UTJ share a common view on this pressing issue and have formed an unbreakable bond by combining the 18 seats they won in the elections to stand strong and united on this matter.

Yeshiva World reported that the Belzer Rebbe, shlita, held a meeting with members of Yahadut Hatorah in his home on Monday night, 17 Shevat 5773 (January 28). The meeting addressed the draft issue (referred to as “sharing the burden”) and related issues facing the haredi community. The Rebbe told the MKs that the Moetzes Gedolei Hatorah of the two factions, Agudat Yisrael and Degel Hatorah, should be merged into one rabbinic body.

The Rebbe explained that gaining a seventh seat in the upcoming Knesset was certainly a Kiddush Hashem, and said that it would be a fitting move to combine the rabbinic bodies. He acknowledged that it would not be an easy task, but nonetheless a most significant one.

The Belzer Rebbe stated that from his perspective the two bodies are equal. He feels that the advantage of a combined body would outweigh all other considerations. The Rebbe added that in last week’s parshah, the pasuk states: “…and Israel encamped there, opposite the mountain” (Shemos 19:2). Rashi explains that we stood there with achdus – k’ish echad, b’lev echad. Therefore, achdus must be practiced.

Regarding efforts to draft bnei Torah into the IDF or national service programs, the Rebbe reflected back to the founding of the state and the siyata dishmaya that we were shown when the decision was made to permit bnei Torah to continue their studies. He said that while much has changed in Israel since that time, the siyata dishmaya has not changed. The Rebbe stressed the importance of spreading the word to the public in order to bring them to understand that those sitting in kollel or yeshiva are sharing the burden – for through the merit of the Torah do we exist. 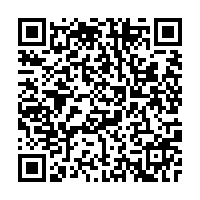