Some parents heap nothing but criticism on their married children (probably did the same when their children were younger) and then wonder why they don’t hear from them for weeks on end. As your writer the other week said, better to stay away than to behave disrespectfully toward a parent who gets under your skin.

On behalf of the G-d fearing amongst us, those who live life according to Torah guidelines, I must come to the defense of Jewish children all over the globe. Anyone not familiar with “our kind” who have been reading the Chronicles column of late might come to the conclusion that we are a heartless lot who don’t care about our elders – when, in fact, quite the opposite happens to be fact.

In numerous households Bubby and/or Zeidy are part of the immediate family living in their children’s homes, surrounded by einiklach who dote on them.

Tour a Jewish nursing home or assisted-living facility and you will find frum teenaged boys and girls, as well as adults, visiting the lonely elderly whom no one else cares about.

In our community, shunning a parent is the exception rather than the rule. I do hope that the daughters of that heartbroken father who wrote recognize that blood is thicker than water, and that continuing to hold a grudge will hurt them in the long run. Their own children may end up resenting them one day and they will be made to taste the bitterness of a lonely old age.

Just for the record 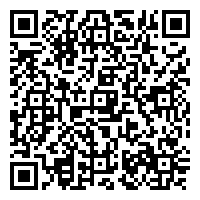