Unbridled Scorn: A Reader’s Rebuke…And Then Some

I am the woman who wrote about how my husband, in his total preoccupation with his elderly parents, was refusing to communicate with me about where we would move when our lease was up in three months or how we would financially survive after his parents were no longer alive to play what is currently a critical role in our parnassah (Chronicles, Nov. 7 – “It Takes More Than A Good Dinner To Gain A Husband’s Trust”).

Your response was nothing more than a reactive screed against me for daring to mention something as crass as our family’s survival when the needs of the elderly were in the picture. Apparently I had failed some imaginary wifely duty to smile and be all mush and comfort to my husband, while packing whatever belongings my children and I could fit into the cardboard box on the street that we would be moving into if we couldn’t secure a competitive space in our city’s crowded homeless shelter system when our lease was up in three months.

Rachel, I admire your creativity, but according to the religion I and the bulk of your readers belong to there is no such wifely duty! In fact, quite the contrary – a Jewish husband has a responsibility to see to the basic needs of his wife and children. Your absolute disregard for the welfare of my children is horrifying, especially when coming from someone who is a mother herself. And as for my not being “supportive” of my husband, do you have any idea what it is like holding down the home by oneself and dealing with a husband who is a wreck on the rare occasion he is home? How could you?

I am speaking up not just for myself but for any woman whose husband will not communicate in the face of an oncoming disaster that they must tackle together. I am also speaking up for anyone whose legitimate needs have been ignored. Rachel, you have no idea how offensive your response was on so many levels and how completely inadequate it was at addressing the issues I came to you with.

You want to know what has happened to me since then, Rachel? One day, after a particularly stressful time with his parents, my husband grudgingly came around and realized they would not be around much longer. I gave the dust some time to settle, then managed to push him into selecting one of the few housing and parnassah options that my research into our situation showed us we had.

Things somehow stabilized and we are planning our move. Thank you, Rachel, for contributing nothing to the problem I came to you with other than calling me a bad wife with no bitachon and no appreciation for kibbud av va’em.

Since people usually write to unburden their heavy hearts while rarely following up with any positive updates (just the nature of the beast), it is most gratifying to hear that things at your end have taken a turn for the better.

While I am truly sorry you found my reply so utterly lacking and personally offensive, I would urge you to go back and reread your original letter. To say it was vague is to put it mildly; in point of fact, my answer to your letter began with precisely that thought.

You now lambast me over having had an “absolute disregard” for your children’s welfare. Really? Children? Curiously, there was not the slightest allusion to children in your letter. Should I have simply assumed you were a family with children…?

Sorry again, but I can only go by the details the letter-writer provides and take it from there. And if my advice misses its mark due to specifics I am not privy to, then there’s always a strong likelihood that other readers will at least reap some benefit from my reply.

Of interest to note… this column appears in print just as we are in the midst of our Chanukah celebration, in the week of parshas Mikeitz. When Yosef encounters his brothers (the second time, accompanied by their youngest brother Binyamin), Yosef asks how their father is faring – to which the brothers reply, “Thy servant our father is well…”

Now Yosef HaTzaddik had a deep reverence for his father whom he certainly did not intend to disparage. On the contrary, it was out of his deep love and yearning for the father whom he hadn’t seen in so long that he inquired about his welfare. And yet, for the infraction of remaining silent a total of ten times when his brothers referred to their father as his servant (actually five, plus Egyptian translation), Yosef’s life was cut short by ten years. Instead of his allotted 120-year lifespan, he lived until the age of 110 (Pirkei d’Rebbi Eliezer). A sobering lesson in kibbud av v’eim for all of us to take to heart!

On another note: There’s no question that a man’s top priority is his wife and children, but in no way does this give him license to neglect his parents – even less in their advanced age and especially when they are in dire need. Should they have more than one child, the burden ideally ought to be shared. If an only child can’t be there for his parents for whatever reason, other arrangements can and should be put in place.

With all due respect, I call on you again to reread your letter in which you clearly infer that since your in-laws are “on their last legs here on earth” their care is of no real consequence. Sorry, but that’s not what the Torah teaches us, and I’d have been remiss had I just let it go.

Nonetheless, considering the scant information I had at my disposal, I admit to having come across a mite too acerbic. Therein, too, lies an important lesson: Many of us frequently tend to be unfairly critical of others, simply going by what we perceive or the lashon hora we are fed – when in truth we may be so off the mark as to have completely misconstrued a situation or misjudged a person.

Thank you for letting us hear from you again, even if your objective was to upbraid me for what you consider to have been unwarranted criticism. May the shining lights of Chanukah continually light our way, their warmth dissolving all hard feelings (manmade barriers) that may exist between us – so that we can finally merit basking in the bright light Hashem has in store for us!

Wishing all readers a freilichen Chanukah! 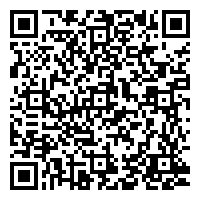