I started this letter fifty-five years ago, about three months after I was married. Over the years I re-wrote it, revised it and added new information and the result is this letter – pared down from fourteen pages. My life of misery and tears is reduced to these three pages.


When I was nineteen, I married someone my parents wanted, but I wasn’t at all enamored with. He was tall and thin and extremely quiet, not at all the kind of chosson a young, lively and talkative young lady such as I dreamed of. But he came from a very wealthy family who was from the same town in Europe as my own parents’ families before the war, so it was sort of a done deal before I could say anything. Being an obedient child, I went along with my parents’ encouragement that he was a sterling bochur and that I would have a wonderful life, lacking for nothing. The truth was, I got a lot of nothing and an abundance of heartache and misery that began the moment the chuppah was over.

In those days, unlike today where information is easier to get and verify, we went by the word of the shadchan and the rav, and they verbally redacted so much important information, information that would have me showing him the door before he could get a foot through it.

Our wedding night passed with him sleeping on the sofa and when I asked what was wrong, he yelled that I should call his mother. She said that he sometimes suffers from migraines and the late night of the wedding must have set one off.

Not 15 minutes later, she was at the door with a bag of medication she said he needed, but there was nothing to be alarmed about. Like an obedient young wife, I believed her.

Needless to say, his ailments were constant and his mother always happened to be in the neighborhood when a crisis arose – sometimes a number of times a week and only she could bring him under control.

In those days when shame was one of the greatest things, I never told anyone that my marriage had not been consummated. When, after three years we did not have any children, my mother insisted we see a doctor. I knew that would not help. So, I told my parents we had seen a doctor and that I was told I could not have children.

In truth, I hoped this would motivate my in-laws to encourage my husband to give me a get. No such luck! My magically appearing shvigger insisted that her son would not hear of a divorce, that he “loved me dearly” and was committed to the marriage, even without children. With this she accomplished two things, she made her mentally and physically afflicted son look like a saint and sealed me into this coffin of a marriage with no hope of release.

This three-wheeled pony cart trundled along for forty years, as I watched my friends have children, make simchos, marry off those children and become grandparents, while I kept up my “pity party” of being the poor barren wife living with this saint of a man because he loved her and would not shame her by divorcing her.

I will save you the rest of the thirteen pages of my original letter, which is also enclosed, and all the horrible events I lived through at my husband’s hands after his irreplaceable mother passed away. It fell to me to try to handle his medication regimen and calm his rages, which often left me with welts and black and blue marks.

So, here we are, 55 years later. I’m no longer that naive, starry-eyed young girl; in her place stands a 74-year-old woman who looks like she’s 90.

And I’ve had enough!

I’m so tired of living this empty, hellish life, but am afraid to change anything. Age has worn away my courage. I need some sound advice as to what I can do to free myself without the fear of being alone with no children to look out for me. I no longer care what happens to the misery I married; I have often thought of putting him into a home or institution. But the fear of my own loneliness keeps me from doing anything. Is there any hope?

After reading your novella of a letter (all fourteen pages of it as opposed to the abridged version) I closed my eyes and actually understood what a prisoner of war feels at the hands of his captors. I can feel the torment and the hopelessness, the physical abuses and the verbal degradations over many years that serve to steal his or her sanity and kill the hope of ever being freed. 55 years! How did you retain your sanity?

I stand in awe of the charade of your life, the sacrifice of not bearing children just so you could cover the shame of a twisted marriage, through no fault of your own. But to remain in such a marriage even now – there lies the real crime to which you have made yourself complicit. The children you could have had if you had divorced and remarried, and the source of your fear of being alone in your elder years, are the price paid in full for the original sin of lying. There is a price extracted for every wrong thing we do, as you are now well aware.

Hakodosh Boruch Hu always prepares the refuah before the makkah, and in your case this is true as well. It is never too late to save yourself from a bad marriage. Just as you had the courage 52 years ago to concoct a falsehood to save face, you must find that same courage to save yourself and to live the rest of your life in peace. You have done your penance, now go and pursue whatever happiness and satisfaction you can extract from the years still gifted to you.

Children aren’t the only source of care, comfort and companionship, there are other women, divorced, widowed or never-married who would love to share an apartment so as not to be alone. You could also work with children or volunteer in a maternity ward, so you can experience the joy of caring for babies. Fill your days with the life you have so long denied yourself and can still enjoy. At the end of the day what’s really holding you back? Is it the fear of loneliness – or the fear of happiness? 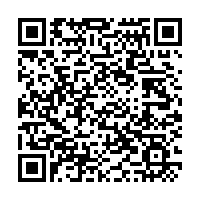