I started a new job as a teacher in an out of state Talmud Torah. I am single and the salary was more than I was making in my area. It has been a big adjustment for me as I am Chassidic and dress that way, albeit with my peyos behind my ears.


Most of the male teachers here dress very informally and the women, unfortunately, not very modestly. I expected this because the school is Modern Orthodox with mixed classes and no dress code. The girls come to class wearing the tightest and shortest clothing.  As a man, I can see how this affects the boys in my class (I teach Chumash and Navi to the 8th grade.) Their attention wanders and I have a hard time keeping them under control. Homework assignments go undone, tests are almost always failed and class participation is non-existent, because the kids don’t care; they have no fear of authority and there is no penalty for bad behavior.

Being the newcomer in the teacher’s room hasn’t helped; the other teachers haven’t made any overtures to me. That means I don’t really have anyone to ask for advice. When I taught in my hometown, there was never an issue of disrespect. This had been a real culture shock for me.

I approached the principal to discuss the problem with him, thinking he could offer some constructive ideas. Unfortunately, I made the mistake of comparing his school with the yeshiva from which I had come and he took great offense. In not to many words he made it clear that I was the only teacher who had a problem, and if I found it so difficult, perhaps the job was not a good fit for me.

I apologized if I had offended him, as this was not my intention, and promised to work out the problem to our mutual satisfaction.  That was three weeks ago.

I am at my wits end at what to do and, as the first marking period is fast approaching. If I do not show any progress in solving this issue, I can see a pink slip looming large in the near future.  I really could use some input on how to discipline these kids who seem to be in authority because the teachers fear them!

Reading your letter brought me back some fifty-two years ago. As a newly-married couple, both my husband and I took jobs at a Talmud Torah much like the one you describe, in Massapequa, Long Island.  I was given the 8th grade (sound familiar?), which was populated with the most spoiled and indulged, rude and ill-mannered children ever.  Their sense of entitlement was a by-product of the fact that most of their parents were on the board of directors, presidents of large concerns and the pillars of the community.  None of their prior teachers could stand up to that kind of clout and power and none of them dared to rock the boat, choosing instead to coast through the school term, year after year and simply collect their paychecks.  I could not and would not, in good conscience, do the same.

For the first two months these kids acted as if I didn’t exist, but I had a plan whereby I would either win the war or lose the battle.  I failed every one of my students at the first marking period.  At PTA the following week, I had 100% attendance of irate and angry parents.  Standing my ground, I explained that their sons and daughters had been educationally neglected and I was not about to do the same. I enlisted all the parents to work in conjunction with me, grounding any kid who did not do his or her homework, did not study for tests and failed or was behaviorally disruptive and disrespectful in class.  I also suggested they speak to their children that evening inform them of these new developments.

Long story short, the next day it seemed as if I was dealing with a whole new class of kids.  I introduced myself again, and said that this was the first day of the year, that we were beginning anew. Amazing things happened over the next few months and I was so proud of their achievements.

I’m not saying that this is a fool-proof formula, but it worked incredibly well for me.  To earn respect from your students, you must sometimes rely on drastic measures or accept the alternative and its consequences.  I’m rooting for you and wish you the strength and stamina to stand up to the challenge. 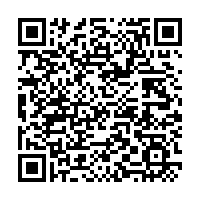