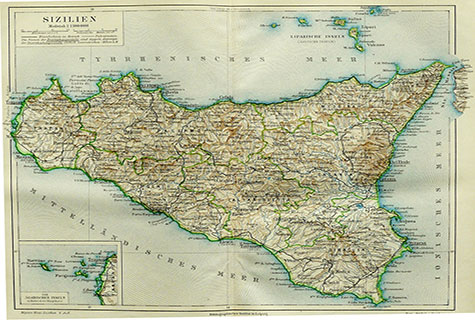 Few traces remain of the glory days of Jewish life in the kingdoms of Sicily and Naples, but the demise wasn’t due to the eruption of nearby Mount Vesuvius. Rather it was a manmade volcano called the Edict of Expulsion from Spain – and not even an invitation to return in Shevat of 1740 could put the pieces back together once the communities were dispersed.

When did Jews first arrive in the southern part of Italy, an area that includes Naples and Sicily? A popular legend states that they arrived as captive slaves, after the destruction of Yerushalayim and Bayis Sheini by the Romans. Others say that some Jews came earlier; they were traders who settled in Syracuse when that Sicilian city was an important port of call in the Greek Empire. But whether they came as merchants or slaves—and despite several ups and downs during the turbulent centuries that followed as the area changed hands from the Romans to Byzantine and Arabs rulers, and then to Norman kings, who established the Kingdom of Sicily, followed by Kings of Aragon and Counts of Anjou, who established the Kingdom of Naples – by the Middle Ages the area was a flourishing center of Torah and trade.

Although not much remains of Sicily’s early synagogues and Jewish homes – a spectacular exception is the mikveh in Syracuse that dates back to the sixth century and is thought to be the oldest surviving mikveh in Europe – practically every major town in Sicily had an area known as la Giudecca, or Jewish quarter. In the beginning, these weren’t enforced ghettos; as in most places and times, the Jews simply preferred to live alongside other Jews, even though they often did business with the Christian and Muslim inhabitants of the island.

In addition to these ruins, some of our knowledge about the community comes from documents found in the Cairo Geniza, annals of long-ago transactions in silks and other goods. However, Sicily’s silk trade didn’t come about organically. In 1147, King Roger II of Sicily, a strong and ambitious Norman ruler, invaded Greece. When he got to Thebes he pillaged that city’s silk factories and carried off the Jewish weavers of damask, brocade and silk, whom he brought to Palermo. Yet if Roger wasn’t exactly subtle in his tactics, life under Norman rule was generally good. In addition to working as weavers, Jews were traders, dyers, scribes who specialized in translation, and goldsmiths. A few of the wealthier Jews even owned small landed estates.

Palermo was one of the places visited by that intrepid twelfth-century traveler Benjamin of Tudela, who said of the town, after admiring the springs, brooks, gardens and fields, “there is nothing like it in the whole island of Sicily.” While Benjamin of Tudela made a note of the physical beauty of the island’s two main cities, Palermo and Messina, Sicily was also known for its scholars, who excelled in both Torah learning and secular sciences such as medicine and astronomy. Dayan Anatoli ben Yosef, for instance, corresponded with the Rambam about a halachic problem that arose in Syracuse, while Rabi Aaron Abulrabi of Catania wrote a commentary on Rashi’s commentary on the Torah. The Spanish kabbalist and mystic Avraham Abulafia settled in Messina towards the end of his life, until his messianic activities raised the ire of the local rabbanim and he was forced to leave. One of the last of Sicily’s Torah scholars was the kabbalist Rabi Yosef Saragossi. He was born in either Saragossa, Spain or “Zaragoza de Sicilia,” the Spanish name for Syracuse. In any event, he was in Sicily during the 1490s and after the Expulsions he settled in Tzfas, where he helped turn that city into a center of Torah learning and kabbalah.

The area can also lay claim to being the site where the first Hebrew book using moveable type was printed. The book, which was published on the 1st of Adar 5235/February 17, 1475 in Reggio di Calabria, was Rashi’s commentary on the Torah. The printer was Avraham Yitzchak ben Garton, who is thought to be a Spanish Jew who came to Calabria, then part of the Kingdom of Naples, to escape persecution in Spain. Many others would soon join him.

Year of the Foreigners

Although 1492 will forever be recalled as the year the Jews were expelled from Spain, the Edict of Expulsion also affected Jews living in territories ruled by the Spanish monarchs. Sicily had come under the rule of the house of Aragon in the early 1300s. Therefore, the Jews of Sicily, who by 1492 numbered about 100,000 souls, including children, were also stripped of all their wealth and property and ordered to leave their homes.

Some of them found protection in the nearby Kingdom of Naples, which at the time was ruled by Ferrante (Ferdinand) I of Naples. Others fled further north and settled in Venice, Livorna and Rome, or they found refuge in Salonika and other parts of the Ottoman Empire. However, there were many who remained in Sicily and converted to Catholicism to avoid the decree of expulsion. They became known as Neofiti (Neophytes), similar to way the term “New Christians” was used to describe the newly converted Jews of Spain.

It wasn’t just the Jews from Sicily who found a safe haven in the Kingdom of Naples. It was also the first choice for many of the Jewish exiles from Spain, including Rav Don Yitzchak Abarbanel and his family.

Historians still don’t know why King Ferrante, who was from the Spanish royal house of Aragon and a ruthless and despised ruler, was so open to having these Jewish exiles settle in his lands, especially as most arrived with little more than the shirts on their backs. He could ignore the Edict of Expulsion because the Kingdom of Naples technically fell under the jurisdiction of the pope, and the pope at the time the edict went into effect, Alexander VI, also welcomed the Jewish exiles into the Papal States.

Although it can be claimed that Ferrante was banking on the exiles using their traditional skills as artisans and merchants to enrich his kingdom once they became established in their new homes, the Jews of the time simply looked upon him as a righteous gentile who came to their aid during a time of extreme need. Whatever the reason, enough Jews sailed into Neapolitan ports for an observer to call 1492 the “year of the foreigners,” noting that in August 1492 “the ships began to arrive filled with Jews coming from Sicily and Spain, expelled by the Lord King of Spain.”

Unfortunately, King Ferrante passed away just two years later and the Calamities of 1494-1495 put an end to any hope of a long, prosperous and peaceful stay in Naples. The French king Charles VIII wanted to claim the Kingdom of Naples and all the Italian states as his own and he did indeed conquer Italy with lightning speed. The Jews panicked; without a strong ruler like Ferrante to protect them, they knew they would be at the mercy of those who resented both the wealth of the longstanding Jewish community and the competition that the newcomers represented. Their fears were realized when a mob attacked the city’s Jewish quarter and destroyed it, a short while before Charles VIII captured Naples. The Abarbanel was among those whose property was looted; he fled to Messina. Describing the scene, he wrote:

My heart is broken over the wretched Jews, for they entered the ships – men, women and cherished children – and in every ship, there was weeping and wailing; they were sold to slavers, and the sailors were as mown thorns…and many have forsaken the faith… I too was struck by God’s wrath… and the people of the land plundered all my wealth.

Charles VIII of France didn’t get to enjoy his new kingdom for long. A “Holy League” was quickly formed and successfully deposed him. He died a few years later, in 1498, and the new king, Federigo, encouraged the Jews who had fled to return. For those who did return, there were a few years of quiet. However, in 1510 Spain gained control and the Jews of Naples were expelled; only about 200 families, those who could afford to pay a hefty fee, were allowed to remain. In 1515, the New Christians were also expelled. In 1541 there was yet another edict of expulsion and this time all the Jews were forced to leave.

The future Charles III of Spain, who was then the Duke of Parma, conquered the Kingdoms of Sicily and Naples in 1734. A few years later, on February 3, 1740 (5th of Shevat, 5500), he invited the Jews to come back, offering them freedom of worship, freedom of movement, freedom of trade, immunity from extradition to face Inquisition persecution, and numerous other rights. Despite the generous terms, very few Jews returned. A small community did begin to form in the city of Naples in the early 1800s, and the Rothschilds set up a branch of their famous banking empire in 1821. But even after the Edict of Expulsion of 1541 was officially revoked in 1864, as part of the unification of Italy, the Jewish community never reached more than 1,000 members. Today, there are perhaps around 200 Jews living in Naples.

Sicily hasn’t had an organized Jewish community since the expulsion of 1492. However, during the past decade there has been a renewed interest in Sicily’s Jewish past, and a few descendants of the Jews who converted to Christianity during the Middle Ages have begun to return.

Actually, there is interest throughout southern Italy. But even as non-Jewish Italians are exploring their Jewish roots, some members of Italy’s established Jewish community are deciding it’s time to say ciao. In 2014, about 300 of them, or around one percent of Italy’s Jewish population, moved to Israel, the highest number in the last 40 years. The main reason they are leaving is because of the economic crisis, but for many young Italians idealism is another reason. Almost 2,000 years after the Jewish captives from Jerusalem arrived in Italy, they are saying it’s time to come home. 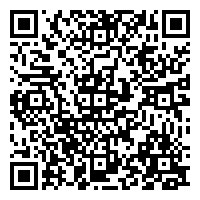