Seventy-four years ago – on January 18, 1945 – the main Budapest Ghetto was liberated by the Red Army. Soviet tanks appeared at the gates of the ghetto that enclosed approximately 70,000 Jews. They demolished its walls and drove the Nazis out of Hungary.

By the war’s end, approximately 565,000 out of Hungary’s 800,000 Jews had been murdered. Thousands of those who survived were saved by receiving fictitious Salvadoran citizenship certificates issued by a Romanian Jew, George Mandel Mantello (originally Gyorgy Mandl), and an El Salvadoran diplomat, Jose Castellanos.


George Mandel was born in 1901 in Bistrita, Transylvania. He moved to Romania after the outbreak of WWI. Jose Arturo Castellanos was born on December 23, 1893 in San Vincente, El Salvador, and spent 26 years in the Salvadoran military. In 1937, he accepted a position in the foreign service as Salvadoran Consul General in Liverpool, England. The following year he was posted to Hamburg, Germany.

During his term there, he witnessed the Nazi persecution of Jews and wrote a letter to El Salvador’s Foreign Minister, Miguel Angel Araujo, requesting permission to grant visas to any Jew wishing to escape. Permission was denied.

In 1939, Castellanos – while purchasing weapons for the Salvadoran army – met Mandel, who had become a Transylvanian businessman, in Czechoslovakia. Mandel helped Castellanos with his purchasing assignment, and Castellanos appointed Mandel as El Salvador’s honorary consul for Hungary, Romania, and Czechoslovakia. “Mantello” was added to Mandel’s family name to make it sound more Latin.

Castellanos became the Salvadoran consul in Geneva in 1941 and appointed Mantello as the consulate’s First Secretary (a fictitious position) and in doing so saved him and his son, Imre (Enrico). Mantello subsequently asked Castellanos for permission to issue fictive Salvadoran citizenship certificates to Jews in occupied Europe. Castellanos not only agreed, but assisted him.

Documents were generally sent through diplomatic couriers or the Red Cross, which delivered them to Carl Lutz (Swiss Vice-Consul in Budapest). Certificates were sent all over Europe, including internment camps. No fee was charged for issuing them and those who received them were saved from deportation.

Germany invaded Hungary on March 19, 1944, following which the deportation of Hungary’s Jews began.

On June 21, 1944, Mantello was handed a copy of the Vrba-Wetzler Auschwitz Protocols in Geneva. The protocols were a 40-page report on Auschwitz prepared by two young Slovak Jews, Rudolf Vrba and Alfred Wetzler. Both men had worked as clerks in Auschwitz for two years before they escaped on April 7, 1944. During their internment, they learned of the systematic mass murders carried out there and grew familiar with the camp’s geography and operations.

George Mandel Mantello, together with his brother Josef, worked throughout the night summarizing the report and then released it to local and international press through Swiss friends in prominent positions. Mantello also hired students to translate the report into various languages and distribute them to church leaders, diplomats, journalists, and government officials.

Due to the international outcry over the information revealed by the Protocols, Hungary’s Regent Miklos Horthy ceased the deportations of Jews on July 7, 1944. During the three-month halt that followed, Raoul Wallenberg and Carl Lutz were able to issue additional Salvadoran citizenship papers to Jews as well as documents from other nations such as Sweden.

“My paternal grandfather, Henrik, born in 1892, was a doctor and a dentist,” Anna B., the daughter of Hungarian Holocaust survivors, told The Jewish Press. “My grandmother, Erzsebet, born 1899, was a housewife. They had only one child, my father, Tamas, born in 1925.

“[A man] who lived with my grandparents was standing in line at a post office and overheard someone speaking about sending a telegram for Salvadoran citizenship. He submitted my grandparents’ and my father’s name and details to a lawyer in Bucharest, Romania. The lawyer sent a telegram to Mantello on November 29, requesting certificates for my family.

“Their document arrived at the Swiss Consulate in Budapest on December 4, 1944 together with certificates for others and lists of names. In a clandestine manner, Carl Lutz’s embassy staff contacted the candidates and had the documents delivered.

“My grandparents and my father stayed in their own apartment. A sign was displayed outside saying, ‘Salvadorian Citizens Live Here.’ It was very risky living there as everyone knew they were Hungarian Jews. Later on, my grandparents and father moved down into the cellar of the building while there was an air raid outside. While in the cellar, my grandfather helped deliver two babies.”

After the war, Heinrich Rothmund, head of Swiss Alien Police and an anti-Semite, arrested Mantello. He was investigated for alleged bureaucratic crimes and for distributing Salvadoran certificates for an exorbitant profit. Mantello was cleared of all charges due to testimonials stating that he worked selflessly to save lives.

“After Budapest was liberated in February 1945, my grandparents remained in Hungary. They were issued a certificate by the Swiss Embassy stating that they were Salvadoran citizens and were under the protection of the Swiss Embassy. That certificate allowed them to travel around freely.

“My grandparents traveled to Szeged and Temesvar for food; country towns had more food than the capital. My grandfather resumed practicing as a dentist in Budapest. Both grandparents remained there until their death in the early ‘70s.

“My father, Tamas, studied medicine at the Medical Faculty of the Peter Pazmany University and was active in a liberal democratic party (Polgari Demokrata Part). After the communist takeover in 1949, he tried to leave the country but was arrested at the Czech-German border. He was placed in prison in Czechoslovakia and then in Hungary for a year and a half.

“After being released from prison, he was not allowed to resume studying at the university. He worked as a gardener at Margaret Island, an island on the Danube in Budapest. In the ‘60s, after amnesty, he resumed studying and became a researcher.

“Our family is very grateful to Castellano and Mantello and the Republic of El Salvador.”

Castellenos died in 1977 in El Salvador. In 1999, a thoroughfare in Givat Masua, Jerusalem, was called El Salvador Street. He was recognized posthumously by Yad Vashem on May 3, 2010 as deserving the appellation “Righteous Among the Nations.”

Mantello moved to Rome where he remained until he died in 1992 at age 90.

It is unknown how many Jews were saved by Salvadoran citizenship certificates during the Holocaust, but Judith Cohen, chief acquisitions curator at the United States Holocaust Memorial Museum, estimates the number to be 5,000. 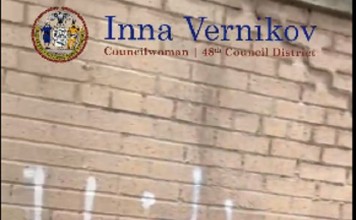