Home Food From The Wine Cellar Going First Class
Share on Facebook
Tweet on Twitter
No one has ever said that truly fine wines are going to be found at bargain prices. Such wines, like luxury automobiles, designer handbags, custom-made jewelry and first-class international flights can, in fact, be quite dear. While it is true that most of us will rarely, if ever, buy Lamborghini automobiles and will most probably not approach Gucci to custom design a handbag for us, there is no valid reason to avoid, at least from time-to-time, buying the best wines available.

The good news is that with wine, unlike with our potential Lamborghini or our first-class flight to Paris, there is a good way to sample such wines at relatively reasonable prices. All that has to be done is to invite a group of six to eight wine-loving friends to share in the cost of purchasing a selection of the wines of one’s choice, to invite them to your home to share the wines, with each guest having the ability to taste some of the best wines available.

Evenings of wine tasting, especially in good company and with good food, can be remarkably pleasant events. When planning such evenings count on your guests drinking about half a bottle of wine each. In other words, for eight people consider buying anywhere from four-five bottles of wine. Be sure as well to open the bottles about an hour before guests arrive.

Following are my reviews of some of the very best recently released kosher wines from Israel, all available at better wine shops and online wine sites in the greater metropolitan New York area:

Golan Heights Winery, Katzrin, Yarden, 2007: A blend of 91 percent Cabernet Sauvignon and 9 percent Merlot, showing dark garnet to royal purple in color with spicy and smoky oak and gently mouth-coating tannins, all in fine balance with fruits. On first attack blackcurrants, blackberries and black cherries, those making way for notes of honey-sweetened chewing tobacco, roasted herbs and, on the super long finish, with fruits and tannins rising comfortably, a generous hint of baking chocolate. Best from 2012-2018. About $100. Score: 93.

Recanati, Special Reserve, 2007: With its once-firm tannins now settling in nicely and with fine balance with spicy wood and fruits, showing very well indeed. Dark garnet in color, full-bodied but with a remarkable sense of “lightness” as it sits on the palate, opens with a berry-cherry nose and then goes on to show aromas and flavors of currants, red cherries and wild berries, those on a background of sweet cedar and dark chocolate. Long and generous. Remarkably approachable despite its youth, but still cellar-worthy. Drink now-2015. About $45. Score: 93.

Carmel, Shiraz, Single Vineyard, Kayoumi, Upper Galilee, 2006: Deep garnet with hints of royal purple and casting orange and green reflections, a concentrated wine, full-bodied and deeply extracted yet showing remarkably soft tannins and spicy wood that almost melts on the palate. On first attack plums and currants, those making way for black cherries, hints of saddle leather and notes of asphalt. On the long and generous finish, with tannins rising, a comfortable overlay of freshly roasted herbs and cedarwood. Drink now-2016. About $60. Score: 93.

Binyamina, Old Vine Cabernet Sauvignon, The Cave, 2007: A limited edition, showing dark, almost impenetrable garnet with just a hint of royal purple at the rim. Full-bodied, with generous but remarkably round tannins and gentle notes of spicy wood. On the nose red fruits, vanilla and a hint of cinnamon. Opens in the glass to reveal traditional Cabernet blackcurrant and blackberry fruits, those complemented by notes of bittersweet chocolate and freshly cured tobacco. Concentrated but showing its strength in discrete and elegant ways. Fully enjoyable now but best from mid-2012 – 2018, perhaps longer. Indeed the best ever from The Cave and from Binyamina. About $100. Score: 93.

Castel, Grand Vin Castel, 2008: A blend of Cabernet Sauvignon, Merlot, Petit Verdot, Cabernet Franc and Malbec (60 percent, 20 percent, 10 percent, 6 percent, and 4 percent, respectively). Deeply aromatic, full-bodied and with fine concentration and opening to show true elegance, with layer after layer of complexity and depth. Near-sweet tannins that caress gently come together with lightly spicy cedarwood to highlight aromas and flavors of blackcurrants, blackberries and fresh Mediterranean herbs and, on the super-long finish, a tantalizing note of baking chocolate. Drink now-2018. About $65. Score: 93.

Yatir, Shiraz, 2007: Dark, almost impenetrable garnet, with gripping tannins and generous but not at all imposing spicy wood integrating nicely now. On first attack almost peppery plums and blackberries, those followed by red fruits, dark chocolate and a note of sweet chewing tobacco. Give this one the time it needs. Drink now-2017. About $45. Score: 93.

Ella Valley Vineyards, “E,” 2006: A limited edition of 2,200 bottles, a full-bodied and generously tannic blend of 35 percent Syrah, 15 percent Cabernet Franc and the balance of Cabernet Sauvignon and Merlot, each variety fermented separately and developed in primarily new French oak for 12 months before blending. After the blending, the wine was given an additional eight months in oak for its elements to marry comfortably. Firm, near-sweet tannins and spicy wood come together on first attack with aromas and flavors of cassis and licorice, those followed by notes of blackcurrants and tobacco and, on the super-long finish, a hint of dried figs. A concentrated and intense wine that needs a bit more time in bottle to show its elegance. Drink now-2017, perhaps longer. About $120. Score: 92.

Barkan, Cabernet Sauvignon, Altitude 624, 2007: Cabernet Sauvignon as a Mediterranean Cabernet Sauvignon should be. Made from grapes from the Alma vineyard in the northern Galilee, oak-aged in new French oak for 14 months, showing deep garnet toward royal purple. Full-bodied, with silky tannins and notes of spicy oak, those in fine balance with the fruits. On the nose and palate blackcurrants, blackberries and notes of licorice, all with a tantalizing overlay of bitter orange peel. Long and generous. Give this one some time and it will show notes of vanilla and Oriental spices. Drink now-2016. About $35. Score: 92.

Next month: Quality Kosher Wines from Spain and Italy at Reasonable Prices.

Daniel Rogov is a premier kosher wine critic and the author of two annual books, Rogov’s Guide to Israeli Wines and Rogov’s Guide to Kosher Wines. He can be reached by e-mail at drogov@cheerful.com, and his books can be ordered at www.danielrogov.com. 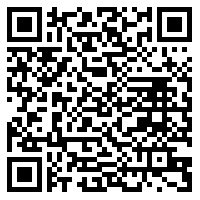