I am a second-generation child of Holocaust survivors who did not experience the Holocaust first hand. Rather, I lived it through my parents.

One element second-generation children have in common is an enormous disruption in our family history because of the great catastrophe. For us, the Holocaust is not an abstract historical phenomenon. For us, six million is not merely a statistic. It is our past, our parents’ lives, our grandparents’ deaths. It is our families, our brothers and sisters and millions of other brothers and sisters. Because of the enormity of our losses, we are intimately involved.

My late parents, Victor and Toby Mintz, a”h, survived the Holocaust and came to America after the war. My father, from Warsaw, Poland, and my mother, from Telshe, Lithuania, managed to survive by running from the Nazis. Fortunately, they were always able to stay one step ahead of their executioners. My father escaped from Poland to Russia to Lithuania where he met and married my mother. From there they escaped back to Russia and eventually to Samarkand, an ancient Silk Road city in what is now Uzbekistan, where my oldest sister was born.

During their various escapes across borders with other fleeing refugees, they were strafed by machine-gun fire from airplanes flying low overhead and witnessed others being shot and killed. Only the nearby woods offered them some protection and cover. They often did not have any food to eat for days, nor did they have any clothing to keep them warm while they slept outdoors.

After the war ended, my parents were able to return to their homes – but they learned that everyone they knew was gone. They couldn’t find any friends or relatives. Grandparents – gone; parents – gone; brothers and sisters, nieces and nephews – all gone. They had no chance to survive the Holocaust – all perished, some in the ghettos and others in the camps. My parents were among the fortunate ones who survived.

After the war, my parents desired to go to Palestine but could have only done so illegally and they considered it too risky with a small child. Instead, in 1948, they immigrated to America, settling in Minneapolis, Minnesota, where they started a new life. They established new roots and raised a family of four children. It was not easy for them to begin over. They did not know the language and had little in the way of a support system. Yet, through much hard work and perseverance they were able to start anew, build a thriving business and make a comfortable life here.

My parents did not stagnate in shared misery or rage. They very much desired to live enjoyable and fulfilling lives. They had positive attitudes and great love and appreciation of all the wonderful things that life had to offer. However, they never tried to forget their past. They wanted to remember it and make sure that the world did not forget what had happened. They wanted to remind the world of how low humanity could sink and how depraved man could be to man. They also wanted to let the world know of incidents of great bravery and sacrifice by Jews and Righteous Gentiles alike. My parents believed strongly that there were profound lessons to be learned from the Holocaust, lessons about humanity, about tolerance and about justice.

Religious observance was important to them. They had been observant Jews before the Holocaust and continued to be observant afterwards. I often wondered how they could continue to have such strong faith in G-d after all that they had been through, but I never questioned them about it. Surviving the Holocaust with some loss of faith is understandable. Believing deeply in G-d after experiencing such a horrific event is remarkable.

I vividly recall the numerous yahrzeit candles that were lit throughout our home on the eve of Yom Kippur. Not knowing the dates of death for so many of our relatives, they lit a memorial candle in memory of each of them. My siblings and I bore the names of several of these relatives who had perished and for whom candles were being lit.

My parents felt strongly about perpetuating the Jewish faith. Since they believed that the most effective way to do so was through Jewish education, they made sure that each of us received a good one. They also were very concerned about the increasing rate of intermarriage, which they saw as a threat to our survival. They believed that it was essential that we marry Jewish spouses and raise Jewish children, thereby continuing the Jewish faith.

Having children was tremendously important to my parents. It was a concrete attempt by them to compensate for their losses, to counter the massive disruption in their lives and to undo the dehumanization and loneliness that they had experienced. To my parents, we were tangible evidence of their own survival and the survival of the Jewish people. We represented the ultimate defeat of Nazism.

My parents sometimes were overly protective of us due to their exaggerated fear that some harm might befall us. To them, the world had proven to be a dangerous place for Jewish children. They also placed high expectations on us. After all – we were all that they had left.

They were very frugal and they taught us to be frugal. They taught us to save for tomorrow because one never knows what the next day might bring. It was their Holocaust experiences that taught them to be cautious in order to survive – and hopefully to prosper.

All of us in the Mintz household were well nourished. Not only was food in plentiful supply, but in our home the rule was that we had to eat everything on our plate. We had to eat it all because during the war our parents had no food, and we should be grateful. And just in case we felt it was safe to leave something on our plate, we were sternly admonished that it was a sin to throw away food. We were trapped. A lack of appetite was no excuse. We had to eat. Now you can all understand why I look the way I do.

My parents frequently socialized with other Holocaust survivors. Getting together with those who shared similar experiences was therapeutic. Their friendships were firm and they supported each other. They played together, ate and drank together, celebrated together, and cried and mourned together.

Two events that my parents always participated in, and in which they strongly encouraged us to participate, were Holocaust Memorials and Israeli Independence Day celebrations. They saw the two as inextricably intertwined and believed that the existence of the State of Israel gave some meaning to the Holocaust.

My parents were very charitable and gave generously and wholeheartedly to a wide variety of Jewish and humanitarian causes. On a more personal level, they often invited guests for Shabbat meals. I remember one disheveled and bad-breathed guest who often visited us. When my sisters once complained that they would prefer that he not be invited, my mother responded that he had no family and we had to be his family. Their response to the horrible acts committed by others during the Holocaust was to do more loving and caring acts of kindness themselves.

When I initially questioned my parents about their Holocaust experiences, I was told that they were the fortunate ones, they did not suffer that much. It was only several years later, as I grew older, that my father would talk to me about pre-war events. He would tell me of the antisemitism he experienced in Poland before he fled. He would tell me how there were restrictions on where Jews could live, how young Poles would beat up Jews for no reason other than that they were Jewish, how Poles would stand outside Jewish-owned stores and tell passersby not to shop there, how posted signs announced that a Free Poland is a Poland Free of Jews and how, when they were still allowed to attend the university, they had to sit on one side of the room while Poles sat on the other. He told me how he escaped Poland after it was invaded by Germany and about the difficulties he and my mother endured while “on the run.” He also told me of the terrible destruction that befell our family.

Those of us in the second generation cannot help but be moved by the realization that we are alive today only because our parents were able to survive while millions of others did not. We profoundly realize that we represent the survival of families that would have completely died out. Because of that we feel an added responsibility to succeed.

Today, Holocaust survivors are aging rapidly. The remaining survivors and second-generation children have the responsibility to make sure that information about the Holocaust will be known and remembered by this and future generations. Whatever we record and transmit will become public record. Whatever we decide to ignore or overlook will be lost. Like the transmission of earlier profound events in Jewish history such as the story of the Exodus, of Purim, of Chanukah and of the destruction of our Temples, the story of the Holocaust must be passed on from generation to generation.

If we do not do so, the grave lessons of the Holocaust will be forgotten. 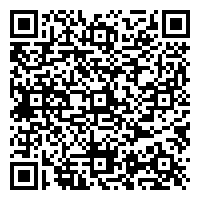