I found it an amazing coincidence that Sarah Aynor’s death coincided with the Sigd Festival last week. The Sigd is the major holiday of Ethiopian Jewry, an annual gathering in Jerusalem to strengthen their affinity to their history and culture. For years now, Sarah Aynor’s name has been associated with Ethiopian Jews, their culture and welfare.

As founder and chairperson of Keren Hanan Aynor, which supports higher education for Ethiopian Israeli students in order to promote the rapid integration of their community into Israeli society, she was a beloved and major figure in their lives.

Running the organization out of her home, Sarah became a matriarch to the students: supportive and encouraging, imbued with ideas and advice, all with an abundance of care and love. Sarah knew each student by name, knew their families, their field of study, their strengths and where each one could use a helping hand.

This amazing woman was able to do this when there were five students, as well as quite recently when there have been as many as 270 students in the program.

And yet, the welfare of Ethiopian Jewry in Israel was only a small portion of Sarah Aynor’s Jewish commitment. She had dedicated herself to strengthening Jewish life in Israel and around the world.

Sarah, who had celebrated her 90th birthday shortly before her passing, was born in Tel Aviv in 1926, and spent her youth in that city. Aiming to become a teacher, she attended the local Lewinsky Teachers Seminary.

Following her graduation from the teachers institute, she taught for two years in the Shfea youth village, a settlement involved in the absorption and education of new immigrants and Israeli youth of all backgrounds in need of special support services.

Later Sarah was sent by the Mosad Bet (a branch of the Haganah in the British Mandate of Palestine that facilitated Jewish immigration to Palestine) to Marseilles, France to absorb children in orphanages from North Africa and Europe on their way to the newly-born State of Israel.

It was there she met Ambassador Hanan Aynor, her husband to be. Following their marriage and the birth of their two children, she served with him at various posts and, as the Israeli ambassador’s wife, promoted her country’s interests in the USA, Canada, Mexico and various countries in Africa.

The Aynors developed a great fondness for the Jews of Ethiopia and, following Hanan’s retirement, they devoted themselves to providing opportunities for Ethiopian immigrants to receive a higher education and to become part of Israel’s mainstream.

It was after Hanan’s death in December 1993 that she established the Hanan Aynor Foundation, providing scholarships for Israelis of Ethiopian descent.

Since its inception, the foundation has awarded well over 3,000 scholarships, enabling Israeli students of Ethiopian parentage to realize their potential in the high-tech industries, medicine, law, politics, journalism and any other profession that appeals to them and for which they have an aptitude. The scholarship presentations were always ceremonial affairs presided over by Sarah Aynor, who in recent years had been in failing health.  She was laid to rest at Jerusalem’s Har Hamenuhot Cemetery in Givat Shaul, a site of great homage to a remarkable Jewish woman, the matriarch of Jewish Ethiopian youth.

Shaked Taking Zionist Right to Next Level Over Netanyahu’s Objections 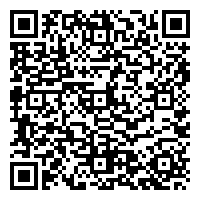