Your articles on the Neuro-Psychological Testing were right on (October 8-22). My husband underwent testing twice and your articles explained it things exactly the way they were.  Besides the test, we also tried therapy.

This was a process. First, I had to shop around for a psychiatrist, or psychologist. Where I live, the cost of a psychiatrist is covered under Medicare, but the wait to see one is very long.  A psychologist is not covered and is expensive. Our private medical plan had some coverage for a psychologist, but not enough to carry us through to the point of progress. Counseling was a long, involved and extensive process, requiring an investment of time, effort and patience on both our parts.  Besides the joint sessions, we also had individual counseling.

These sessions gave me hope that there would be good results. We tried several psychiatrists before I found a female one, who was supportive and understood my point- of-view and my emotion. My husband and I attended sessions together, and for a while there was progress.  However, my husband would soon revert to his old ways, “forgetting” what he learned, and we’d start all over again. After several attempts, I gave up on the counseling, as I could not handle getting my hopes up, and then having them knocked down over and over again. I was missing a lot of work and felt like I was living on a hamster’s wheel, going in circles.  I finally accepted that his behavior was not going to change permanently and that I just had to deal with it.

We also tried family counseling with our teenage children, something that was very hard to do. Our son did not participate much and our daughter was very emotional.  She worried about her mother “surviving” with this cruel side of her father that his illness brought out.  As the progress was minimal and short-term and it was hard to have my daughter upset, we discontinued these sessions as well.

I have accepted that because of his illness, my husband will not be able to change his words (thinking before speaking), his actions (acting in an embarrassing way in front of others), his lack of participation in family activities, and I have come to be grateful for the fact that he is able to get out of bed every day and still work (after being diagnosed 28 years ago).

I will not give up some of the freedom I have while he can still function to some reasonable degree. I travel (he doesn’t want to). Just recently I went to a spa all by myself. I don’t know when the medical situation will change and I won’t be able to leave home without worrying that the house will burn down, or an accident will happen because of his forgetfulness, so I do these things now for myself.

Therapy may help some of the ill spouses and changes may occur that are long lasting. Therapy may keep you sane. I continued therapy on my own, if just to relieve pressure and stress. My well spouse support group for wives (I found the well spouse men have different needs and different outlook than women and should be in a group of their own) was a lifesaver for me at a time when I was holding on by two strings. I remember the feeling of drowning and that saying that you come up 3 times and then go down forever.  Well, and I did not want to come up again. I cannot swim so the analogy of using water is very frightening to me, as I have no control in water, so it was a very scary time for me. The women in this group were literally my life jackets.  I developed some absolutely wonderful personal friendships that I cherish so much. I can say whatever I want to them without worrying about it being inappropriate, because they truly understand and don’t judge my feelings. All of them had been in my shoes and walked my walk.

It was difficult for them to “go back there” and share their experiences with me the first time I went to the group. They did it, retold their stories to me, just so I could see there was hope and see that they were surviving and that I could too. I cannot thank these women enough for getting me through that time and carrying me and giving me more strings to hang onto so that I would float instead of sink. (One of the women in my group actually taught me how to really float in the water, in my 40’s no less; it’s not easy to learn things later in life and I have since gone on to take swimming lessons).

A therapist’s reaction and my response next week. 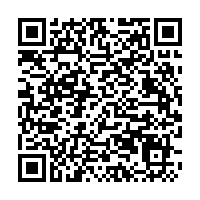