When a person retires, a compelling question is what he or she will do with all the new free time now available.

The first thing you need to look is at what you’d been doing with your limited free time up till now. Unshackled from the nine-to-five routine and perhaps having fewer family responsibilities than you once did, you now have a chance to bring forth that person who’s been waiting in the shadows whom you’ve always known was there.


This “getting back” can occur for people who have just gotten their retirement watch or who have been retired already for a number of years, whether they live at home or in a senior venue. (Of course, there are some people who were just so busy with work and family that they never developed outside interests, and as a result have nothing or very little to get back to. For them, I recommend a discovery process of taking up new activities.)

A distant cousin of mine worked for decades as a busy lawyer. But he kept in the back of his mind the time he’d helped clean out a relative’s home and came across a Chumash that had names of family members going back over a hundred years. He thought at the time, “Wouldn’t it be great to do a genealogical search of my family?”

So he put away that Chumash, like an investment for his future. And what a yield he received from it. As soon as he left the Bar, he raised the bar for increased awareness of his ancestors. As part of his research, my family was contacted along with hundreds of other families around the world. You could say he wasn’t lacking for what to do in his retirement. After about two years on the project, he organized a Furst family reunion in Princeton, New Jersey, where my family got to meet scores of family members from near and far whom we never knew existed. What a sense of accomplishment my cousin had with that reunion and in distributing a publication tracing one line of our family back to the 1790s.

A woman I once worked with in an assisted living home, I’ll call her Sara, told me what she did after she retired. But first her background: After high school she had wanted to go to college, but her family frowned upon it (back in that day, not many women went). It frustrated her, but she made the best of it. She worked in an office, got married, and raised a family. And through it all, she never gave up her dream of getting a college degree. Years later, no longer working and with her children out of the house, she made a decision to go to college, and it was a fulfilling experience for her as she got her degree.

In my work in recreation in a nursing home I met a man in his mid-60s who had a stroke and was there for short-term rehabilitation. I asked him what he wanted to do when he got out. He said he would really love to go to college, something that had eluded him in his youth. I encouraged him to do so, but he said he felt he would be taking up a seat of someone younger and more deserving.

I told him he had every bit as much a right to matriculate as any person of any age. It was very gratifying to me that on the day he left the nursing home he told me he was going to look into going to college.

In my work in nursing and senior homes, I would interview new people upon their arrival, wanting to learn about their past and present interests and what they would still like to continue doing. (From a spiritual perspective, Passover sedarim at nursing homes and senior homes that take place at night, rather than in the afternoon or in some abridged version, are a big plus for religious people who don’t want to water down what is so important to them.)

Senior venues do very well for their clients when they give them an opportunity to stay connected to their roots and interests. At Ateret Avot Home, where I am director of recreation, I try to find out what people find meaningful and enjoyable to do. One man used to work at a store, so he’s agreed to manage a snack shop we’re setting up. Another woman is well versed in Torah so she shares her knowledge with the others during a shiur.

Ray Tuchman (seen sitting in the picture accompanying this column) has many interests, including cooking. So when Ateret Avot had a pre-Purim hamantashen preparation group, led by recreation therapist Bracha Anteby, Mrs. Tuchman enjoyed taking part in it.

“It brings back memories of the days when I baked plenty, every week for Shabbos,” she said. “ I made honey cake, sponge cake, rugelach, and mandel bread for my husband and kids. It brings me back to a happy time.”

And it also brings to Mrs. Tuchman and others at Ateret Avot a sense of accomplishment, as they get to eat the hamantashen they made and/or give it to others.

So if you have a lot of time on your hands and are looking for things to do, you should consider new activities like learning the computer or a taking creative writing class. But you can also consider an activity that’s tried and true, something you used to do, that can bring you such joy and fulfillment.

I can be reached at pr2hope@aol.com. If anyone wants a free picture/poem made for a special occasion, I’ll work with the first person I hear from.

There are a few shiurim that are open to the public at Ateret Avot (1410 E. 10th Street, Brooklyn) such as Daf Yomi Sunday through Thursday at 2:10 p.m. and Fridays at 11:15 a.m. in the synagogue. Also in the shul is a Thursday shiur on Tanach for men and women by Rabbi Meyer Lubin at 11:30 a.m. 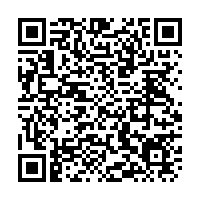