“Hoboken is a city in Hudson County, New Jersey…. first settled as part of the Pavonia, New Netherland colony in the 17th century. During the early 19th century the city was developed by Colonel John Stevens, first as a resort and later as a residential neighborhood. It became a township in 1849 and was incorporated as a city in 1855. Hoboken is the location of the first recorded game of baseball (although this is disputed) and of the Stevens Institute of Technology, one of the oldest technological universities in the United States.”[i]

Despite its proximity to New York City, Hudson County is not known to have been settled by Jews before the middle of the 19th century. Hoboken’s first synagogue, Adath Emuno, was founded in 1871 when it opened with 55 members. The Moses Montefiore congregation was established in 1892 in Hoboken, and it numbered 60 members at its founding. A wave of East European immigration in the early 1900s increased the Jewish population of Hoboken and other cities in Hudson County. The result was that in 1904 Rabbi Chaim Hirschensohn was hired as chief rabbi of Hoboken by Hoboken’s Orthodox Jewish community.

“Rabbi Chaim Hirschensohn (son of Yaakov Mordechai) was born in Safed on August 31, 1857. Following an earthquake in Safed, his family moved to Jerusalem in 1864. His father, a learned Talmud scholar, established Yeshivat Sukkat Shalom in Jerusalem, where Hirschensohn studied for several years under the guidance of his father, with additional direction from Rabbi Beryl Marcus. A keen and curious mind, Hirschenson mastered not only the Talmud and codes but kabbalah and certain areas of secular study as well. His interest in general knowledge led him to develop a close relationship with some of Jerusalem’s notable maskilim including Eliezer Ben Yehuda and David Yellin.

“Hirschensohn worked with Ben Yehuda, Yechiel Michel Pines, and David Yellin in founding Safa Berurah (plain language), an organization that encouraged the development of Hebrew as a spoken language. At the age of 18, Hirschenson married Chava Sarah, the daughter of Rabbi Shaul Benjamin HaCohen Karelitz, one of the founders of Yeshivat Etz Chaim in Jerusalem.

“In 1878 Hirschensohn traveled to Russia, where he visited some of its famed centers of Torah study and met with several esteemed rabbinic scholars. Following a two-year stay in Russia, Hirschensohn returned to Palestine with rabbinical ordination from a number of prominent Eastern European rabbis.

“In 1884 Hirschenson again departed Palestine for Hungary and Germany, where he began publishing a monthly Torah-scientific journal, Hamisdarona, in Frankfurt am Main. The periodical published articles by some of Germany’s most esteemed Talmud scholars including Rabbis Azriel Hildesheimer, Abraham Berliner, and David Zvi Hoffman, along with essays from well-known maskilim such as Micha Y. Berdishevsky.

“Prior to leaving Frankfurt to return to Jerusalem, Hirschensohn agreed to join the staff of the Lemel School, an orphanage and teaching facility in Palestine financed by several Frankfurt Jews. Returning to Jerusalem, Hirschenson continued the publication of Hamisdarona and taught Talmud at the Lemel School, which was later excommunicated by certain Orthodox zealots who opposed the inclusion of secular subjects in its curriculum.

“With the assistance of Wolf Rothschild, a wealthy businessman and philanthropist, Hirschensohn established a Jerusalem publishing house where he printed some of his own manuscripts as well as works of prominent medieval rabbis.

“From 1892 to 1899, together with his wife and brother Isaac, Hirschensohn published a Yiddish paper, Beit Yaakov, as a supplement to Eliezer Ben Yehuda’s Ha-Zvi. He also helped in the administration of the Abarbanel library, which later became part of Israel’s National Library in Jerusalem. Active in various aspects of Jerusalem’s communal affairs, Hirschensohn founded a B’nai B’rith office in Jerusalem, and in 1896 worked with various organizations to construct new homes in the Jerusalem vicinity outside the walls of the old city. When the Turkish government issued a prohibition against selling property to Jews in Palestine, Hirschensohn’s financial situation deteriorated, and he left the country to secure a stable livelihood. Arriving in Constantinople, Hirschensohn became principal of a Hebrew school, Tiferet Zvi.

“An ardent supporter of Zionism, Hirschensohn formed part of the Constantinople delegation to the Sixth Zionist Congress in Basle. The American delegation at the conference encouraged him to immigrate to the United States. Agreeing to their request, Hirschensohn arrived in New York in 1903, accepting [in 1904] an invitation to become a pulpit rabbi of a synagogue in Hoboken… ”[ii]

Chief Rabbi of Hoboken and Environs

The position he was hired for was more than just the rabbi of this one synagogue. His title was chief rabbi of Hoboken, New Jersey, a post that included Hoboken, West Hoboken, Jersey City Heights, Union Hillm and the environs in its jurisdiction.

“Hirschensohn became a spirited member of the Agudath HaRabbonim. But it was his substantial contribution to Jewish scholarship that earned him the respect of his colleagues. A prolific author in the United States, Hirschensohn’s writings included topics related to the Talmud, philosophy, history, biblical chronology, and education. His best known work, Malki be’Kodesh, was a theoretical presentation of a future Jewish state functioning in accordance with halacha. The book included the views of several prominent rabbis including Rabbi Reuven Margolis, Abraham Isaac Kook, and Dov Revel. An appreciative review of Hirschensohn’s writings appeared as a supplement to Judah D. Eisenstein’s Ozar Zichronothai.”[iii]

A Bold and Innovative Thinker

“In 1910 one of the first ‘New World’ rabbinic periodicals began to appear on American soil. It was called Ha-Mitzpeh and was published by Rabbis Abraham Aaron Yudelevitz and Jacob Eskolsky. Its very first issue begins with an open letter, whose author is identified as an honored member of Agudat ha-Rabbanim of the United States and Canada. In this letter, the anonymous author notes the imperative of trying to find heterim for things which are a necessity of life in the U.S. By doing so, Jews would be able to remain loyal to tradition, and this would also strengthen the hand of the Orthodox rabbinate, as the people will feel that the rabbis are interested in their plight…

“In the fourth issue of the journal, Rabbi Hirschensohn revealed that he was the author of the controversial proposal. In fact, he was quite annoyed that his letter, which was not published in its entirety, had appeared anonymously. He also mentioned that the letter was actually nothing more than the table of contents of his volume of responsa, Hilkhot Olam, which survives in manuscript.

“Hirschensohn’s proposals in Ha-Mitzpeh clearly show the temper of the man. Never before, or since, has a posek been so explicit about his agenda. It was an agenda that he would stick to for the rest of his life, and it was based on a firm conviction that halacha and modernity could coexist. While there have been times when the rabbis had reason to be strict, Hirschensohn felt that in his era, in which the observant were a minority, the proper rabbinic approach was leniency.

“Never content with just theory, Hirschensohn put his views into practice, most notably in his responsa that are found in Malki ba-Kodesh. Many of Hirschensohn’s colleagues argued that halacha needs to be approached ‘objectively,’ letting the chips fall where they may. Hirschensohn’s opposition to this perspective is not, as many today would have it, that the veneer of objectivity simply masks unconscious subjective elements. Rather, he takes the bull by the horns and declares his support for conscious subjectivity in approaching halachic questions. Just as the posek who deals with a case of mamzerut or agunah has an agenda, and tries his utmost to reach a lenient conclusion, Hirschensohn adopts this model with virtually every issue he examines, a trait that some will regard as evidence of a lack of seriousness, while others will see it as a refreshing alternative to the apostles of halachic objectivity.” [iv]

Clearly Rabbi Hirschensohn was not afraid to think on his own and propose innovative ideas.

Rabbi Hirschensohn died in Hoboken on September 15, 1935. His daughter Tamar married Rabbi David de Sola Pool (1885 – 1970), who served as rabbi of Congregation Shearith Israel from 1907 to 1970. Another daughter, Tehilla, was married to Rabbi Morris Lichtenstein and assumed leadership of the Society of Jewish Science after his passing in 1939 until her own passing in 1972. She was the first Jewish woman in America with a pulpit, although she was not ordained. 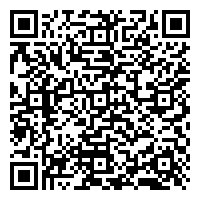