Years ago I was traveling in a van to an out of town shabbaton. The other passengers were single, never married, women in their mid-40s. The driver was divorced, but had children – one of whom was engaged. She went on and on about the wedding plans – her dealings with the caterer, and the florist and her future machatunim, the wonderful boy her daughter was marrying, and how her two adorable grand-daughters were going to march and throw flowers before the kallah , etc.

I could relate to some degree to what she was saying, but I know the others in the car, while seemingly interested in their friend’s “nachas generating” offspring, were crying inside, as they were so blatantly reminded of what was so acutely lacking in their lives – and would likely elude them forever.


It is crucial to take a moment to see whom you are talking to before you open your mouth. Are you sharing your excitement about your home renovations with someone who has parnasah issues? Or bragging about your gifted two year old to someone with a special-needs grandchild?

This does not mean that you should act as if some aspects of your life do not exist. That would not be fair. So if your young neighbor, for example, who is experiencing infertility, asks how your five year old likes his new school, by all means tell her/him. S/he genuinely wants to know how you are doing. You don’t have to live your life walking on eggshells – everyone’s reality has been custom designed by Hashem.

But don’t be a bulldozer either. Think before you talk. 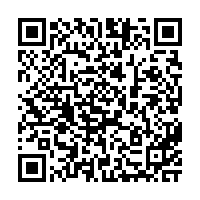