Sometimes, you see it coming and sometimes you don’t. You move into a community thinking, “We’ll stay here for a while,” and then things change, and your position in chinuch is not as certain as you had believed.

We had been in Canada for a number of years when we moved back to the United States. It was not because we disliked the country or the warm Jewish community we had become a part of. We enjoyed the beauty of our city, the clean streets, zero graffiti, and the nice manners of the Canadians. We had become accustomed to hearing “Oh Canada” and the expression ‘South of the Border,’ which alludes to the United States, not Mexico.


However, as time went on it became too difficult to live so far from our families. Our parents could visit us but once a year. The arduous procedure of going through customs put a damper on visits, as did the pricey airline tickets.

When we moved back to the United States, it was to a larger Jewish community – one that was full of wonderful families and several Orthodox shuls. In this town there were shiurim and many frum families. Finally, my kids had a huge selection of friends. There were bnei Torah from whom we could learn. We could get our kosher food with ease – we could even eat out! But the teaching position my husband had soon turned sour.

At first, it was a honeymoon, and the principal was pleasant – but the relaxed atmosphere did not last long. The principal requested that my husband meet with him on a regular basis and urged him to adopt different teaching methods then he had been using.

My husband nodded, not really sure how to apply the rigid directives. He smiled, but the sinking feeling began. His teaching methods were very successful; how could he stop using methods that were tried and true – including his different review games, which often involved throwing a ball?

My husband plodded on, sensing the principal’s dismay each time he asked to meet with him. Soon, the meetings with the principal stopped. And it was no surprise when a few months later we were notifed that my husband would not be welcomed back to the school.

“I just want to understand something,” my husband said to the principal. “You saw how I taught during my model lesson. I did not hide my methods. Why did you hire me if you didn’t like the way I taught?

“I remember your model lesson,” the principal answered, “but I wanted to make you into a master teacher.”

Who could forget Tisha B’Av of that year? All of our belongings had been loaded on the moving truck the day before and we were left with very little in the house. After sitting on the floor, my husband got up after midday, and said we ought to leave. We loaded our station wagon, tying whatever did not fit to the top of the car. On the saddest day of the year, we left the city.

A few moments after we turned on to the highway, our kids saw UFOs flying about. Those unidentified flying objects turned out to be our stuff flying off the car. As we hadn’t done laundry all of the Nine Days, it was now scattered about both sides of the highway – along with other various items. We parked on the shoulder, while my husband and I tried to salvage whatever we could. I still can remember how heartbroken I was to see the bags of parve chocolate chips lying smashed on the highway.

For our family, it was another ordeal of unpacking and settling into a new address and area code. Once again, we had to learn where to shop for kosher food, and find a new pediatrician. Before long the school year began, and once more my husband was teaching students, as was I. We immediately felt welcomed and wanted here, and we could finally relax. My husband now worked for a principal who appreciated his approach to teaching, and encouraged him.

But now, the community we’ve invested over two decades of our lives to has shifted. I remember hearing a rabbi in one of our out-of-town communities explain before he made aliya with his family that he was leaving because, “In America, when you build, you build on sand”. 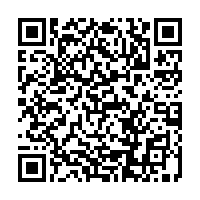