How important is it that we get a coffee table for our living room?

I don’t know. I don’t have a coffee table. This wasn’t a conscious decision; our house doesn’t really have room for one.

A lot of people don’t have coffee tables these days, but way back when, they were all the rage. Everybody and their grandparents had one. I think they were the result of carpenters not making tables high enough – either by accident or because people were shorter back then.

In our first apartment in Queens, we actually had a coffee table. We got it as a wedding present. Not on purpose. Basically, one of my mother-in-law’s neighbors asked us what we needed for our apartment, and we said, “milchig pots.” And then a month later, she showed up at our apartment with a huge box of gorgeous milchig pots. But we weren’t going to not eat milchigs for a month, so we’d already bought ourselves pots, and it was a small apartment, so we didn’t have room in the cabinets for two sets of pots. Nor did we have room to store the box. So we threw a towel over it that matched our couches, and we had a coffee table. It was actually our most-used wedding gift.

But at some point we had too many kids to stay in our one-bedroom apartment (two kids was our limit, and we had to take turns sleeping) so we moved to a house and eventually started making Pesach. So now we use the pots once a year. They were definitely more useful as a coffee table.

But we have no room for a coffee table, even though our house is bigger than our apartment was. Go figure. We probably have room for a box of pots, but when people walk into a newlywed apartment and see a box of pots with a towel on it, they say, “That’s clever.” When they walk into a house and see it, they say, “These people have a box of pots in the living room, and they think we won’t notice it because of a towel.” Of course, they won’t say that, they’ll just think it, for hours on end, while sitting on the couch, trying to think of conversation topics that do not involve our box of pots.

Point is, my younger kids have never had a coffee table. In fact, my 9-year-old recently asked us, “Why does anyone need a coffee table? No one drinks coffee in the living room.”

And he’s right. I drink coffee at my desk. My wife drinks coffee at her desk, which is also the dining room table. And no one comes over for coffee. Who comes over that early in the morning to schmooze before they’ve had coffee?

My parents have a coffee table in their den, and I’ve never seen anyone drink coffee on it. My grandparents had a bowl of hard candies on theirs, and we finished the entire thing every time we came over. There’s only so long you can sit around the living room staring at a bowl of candies before you have to take another one. Eventually they stopped leaving it out.

It doesn’t even seem practical. That’s all we need: a table just high enough to bump into with your shins, and we’ll put hot coffee on it. Right next to your couch. Spill coffee all over your magazines.

The design is weird too. Who can drink coffee that low anyway? Is it for kids to drink coffee? The only way I can ever start a cup of coffee – thanks to how high I fill the cup after totally underestimating how much room to leave for the milk – is to put my mouth to the cup without lifting it. If the cup is low down – say, on a coffee table – my nose goes straight in, and I don’t know about you, but I can’t do that politely in a living room next to the most expensive piece of furniture I own.

It just seems like a table that is a horrible height for your back.

Maybe it’s that low so if it spills, it won’t go on the couch.

Is it for serving coffee? It’s right in middle of the room; it’s not like you can plug in an urn.

And anyway, no one really goes to people’s houses for coffee anymore. They go out for coffee.

So a coffee table is really a magazine table you can reach from your couch, because once you’re on the couch you need a crane to get up. People also use it to hold coffee table books, which are so called because they’re too big for your bookcase.

How long after the Nine Days do you stay away from fish?

Honestly? I eat it the next Shabbos. Actually, I also eat it Motzaei Tisha B’Av on my bagels.

People complain about the Nine Days, but they don’t realize how easy we have it. In the old days, they didn’t have refrigeration, so they had to catch their fresh fish. This made it really difficult in the Nine Days, when you’re not supposed to jump into the water. What are you supposed to do, catch all your fish before the Nine Days, with no refrigeration? How old is that fish that you’re eating on Erev Tisha B’Av? No wonder they want to stop eating altogether by then. They were like, “That’s it, Ican’t look at this anymore. I’m not going to eat until the Nine Days are over.”

Sure, I suppose there are ways to catch fish without going into the water, sitting in a boat with other guys who smell like fish and lack of laundry, and maybe occasionally falling into the river “by accident.”

Why do some people have to hold onto the bottle of soda as they drink, especially when other people are waiting for it?

The simple answer is they want more soda. They’re not done. In fact, they’re only not drinking from the actual bottle out of politeness, because they’re at a kiddush or in your living room. But they’re not polite enough to let you take more while they’re drinking. Those guys also drink with their eyes closed and exhale deeply afterward, and it turns out they need support so they don’t stagger over.

So maybe one idea is to give them an empty bottle to use as support. Just replace it while they’re drinking, quickly, like you’re attempting to yank a blecloth off a table without upsetting the place settings. Or else give them a bottle of schnapps to lean on.

I do want to point out, though, that these people don’t do this on a coffee table. At least if they’re standing.

Have a question for “You’re Asking Me?” Leave it on the floor in front of my couches. 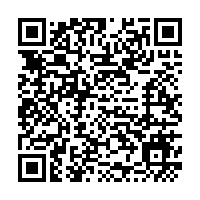