How do I get my three-year-old to keep his yarmulke on?

All kidding aside, three-year-old boys don’t always realize when their yarmulke falls off. They’re not used to wearing it. They’ll be leaving the house and you’ll be like, “Where’s your yarmulke? And your shoes?”

So my advice is to put small trackers on all his yarmulkes – the kind that make a “Bip-bip!’ noise when you push a button on your key fob – so you can find them when he can’t.

It’ll also help you find him in a crowd.

Of course the question is how to make sure he wears it in the first place. What if he doesn’t want to put it on?

You should also print his name on it, so that when you find a yarmulke behind furniture, you know which of your kids it belongs to, or if it’s your husband’s. If this furniture is the barcalounger, it could be anyone.

How on earth do I parallel park? I’ve been trying for hours.

I don’t know. It happens to be that I stink at parallel parking. Best I can tell, this is how you do it:

First you back into the spot, reeeeeeeally slowly, until you hit the curb while still jutting out into the street at an insanely sharp angle. Then you go forward and try again, making sure to always turn the steering wheel in a random direction at least three full turns each time you do anything, as if the wheels of the car are spinning around three times when you do that. Keep going back and forth for a while, back and forth, while making absolutely no progress.

If there’s someone else in the car with you, offer to drop him off before you even start, so he doesn’t have to witness this. But if he says, “No, no, it’s okay,” then after the first few minutes of trying to get into the spot, you can finally allow him to get out and make random arm motions that you can’t see while you ignore him and hit the car behind you, because he’s like, “Go go go,” as if you have ten feet, and then suddenly he yells, “STOP!” after you hit the guy’s bumper.

So what I do is I bump the car behind me and I bump the car in front of me and then I somehow end up eight inches further from the curb than every other car. Or I end up with 2-3 tires sitting on the curb.

“Oh, I drove up onto the sidewalk? Thank goodness. I thought that was the hood of the car behind me.”

I don’t park parallel to anything.

I’m making a Shabbos sheva brachos or possibly a bar mitzvah and have invited a bunch of guests that I’m putting at neighbors. What should I put in their guest bags?

Most people put in the following:

-Tea lights, even though many rabbis say that guests should bring their own tea lights. But they can use the ones they brought and then save these for their next simcha.

-A matchbook that says, “What a perfect match!” (This works better for sheva brachos than a bar mitzvah. For a bar mitzvah, you might want to write something like, “What a striking young man!”)

-A sleep mask, in case they forget to turn off their bedroom light or can’t figure out how to cover the Shabbos lamp.

-A free local magazine, to read by the lamp.

-Noshy foods no one’s going to eat because there’s too much food at the meals already. Check to see if the hosts mind people eating in the bedrooms, or if the guests will have to come up to the kitchen to eat their six almonds.

-Directions to the shul, as well as a map and a little note that says, “Memorize this map. Eiruv is down.”

-Grape juice and challah in case they can’t find the shul.

-A little thing the guests will think is white chocolate but is actually soap.

-Tiny shampoos that you took from hotels over the years. Now’s your chance to finally use them.

-A yarmulke, in case their three-year-old loses his. (This is the real reason many simchas have yarmulkes near the door, what with all the dancing.) Or he can wear the sleep mask. 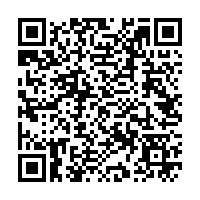