JERUSALEM – Three weeks into Operation Protective Edge, Israeli Prime Minister Benjamin Netanyahu finds himself caught between growing pressure from the U.S. and the UN to end the military operation in Gaza and overwhelming support in Israel for completing it, taking out the Hamas terror tunnels and crippling if not destroying the terror group’s infrastructure.

In a poll conducted by Channel 10 News earlier this week, 87 percent of Israelis backed Netanyahu and the IDF’s mission in Gaza, a number that reporters and pundits characterized as “surprising and unprecedented.”


Though IDF losses continue to mount and media outlets fan the flames of international outrage against Israel with an incessant focus on the civilian toll in Gaza, Netanyahu announced Monday that Operation Protective Edge would continue unabated.

“The operation against the tunnels is a first and necessary step in the demilitarization of the Gaza Strip. The process of preventing the arming of the terrorist organization and demilitarizing the Gaza Strip must be part of any solution. The international community needs to demand this explicitly.”

He added, “Instead of the international community allowing funds to enter the Gaza Strip, via Hamas, for concrete and cement to serve in the unlimited construction of tunnels, there must be monitoring and supervision. In the past, when we raised these demands and these concerns of ours, we were not taken seriously. This has to change. It cannot be that citizens of the state of Israel will live under the deadly threats of missiles and infiltration through tunnels – death from above and death from below.”

According to several Israeli news sources, captured Hamas tunnel terrorists told Shin Bet interrogators that the IDF invasion of Gaza had thwarted plans to launch simultaneous attacks on at least four different kibbutzim along the border this coming Rosh Hashanah. The goal of the attacks was to kill hundreds of men, women and children, as well as kidnap Israeli citizens and soldiers.

In Washington, meanwhile, Israeli Ambassador Ron Dermer was trying to calm American officials angry at the harsh criticism of Secretary of State John Kerry’s cease-fire proposal voiced by senior figures in the Netanyahu government and also work with the White House, Egyptian President Abdel Fattah el-Sisi and Palestinian Authority President Mahmoud Abbas in carving out a cease-fire deal that would lead to the deployment of Palestinian Authority and Egyptian forces at key border crossings and the eventual disarmament of Hamas in Gaza. 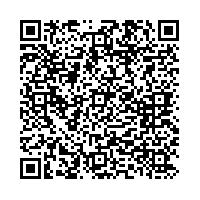