The Presidential Conference, dubbed ‘Tomorrow’, did not disappoint. Filled with top brass politicians, journalists, ambassadors, entrepreneurs, academics, scientists and more, the conference was a networker’s paradise; classy, comfortable and conducive to fostering good, new initiatives. Focusing on technology, economy, problems and peace, sessions were strung with a seam of tomorrow with words like ‘shaping’, ‘change’, ‘adaptation’ and ‘innovation’.

Warming up the audience was the adorable media personality, 84 year old Dr. Ruth Westheimer, who built her successful career as a sex-therapist. Sharing the stage with Yossi Vardi, considered by many as the father of Israeli start-ups, Dr. Ruth’s field of expertise dominated the conversation, attracting some awkward moments. They talked about the next generation’s version of relationships due to the role new media plays in the dating world of today – a combination of fields of expertise if ever I’ve seen one.


The opening night was politically star-studded. President Peres bestowed Israel’s highest honour, the Presidential Award of Distinction, on former Secretary of State Henry Kissinger. Followed by the Honourable Tony Blair, who pointed out that “President Peres was a Minister before I was born,” the feeling in the air was of a triangle of friendship going back many years. Those familiar with Israel’s short history and the contribution these men have made to it, could easily have been politically ‘star-struck’. Kissinger rightfully acknowledged the significance of the award by joking, “It’s not often you hear an 89 year old man say this, but I wish my parents were here to see this.”

Sticking to the theme of ‘Tomorrow’ with the deliberation one would expect from such giants, the men praised the past but emphasized a vision for the future. As a colleague pointed out, most people of the President’s age would talk of their accomplishments or their experiences, or even merely themselves, but President Peres focuses on the future! Investing in programs and technologies and even this conference, the President is clearly embracing a better tomorrow.

In fact, every speaker I heard referenced the theme of ‘Tomorrow’. With varying degrees of optimism, hope, certainty and speculation, almost all said we should lead the change if we don’t want to be led by the change. The leaders that spoke gave glimpses into the challenges of tomorrow, where inadequate preparation for the future may leave a once powerful enterprise completely redundant and failure to properly adapt means the world is passing you by.

There is much to learn by listening to these wise and experienced speakers, and we all appreciate the time given by all those who participated in the conference, but more so, I was moved by the ‘schmooze’ time these men donated. People were accessible, friendly and willing to help, because after all, it’s about the future! 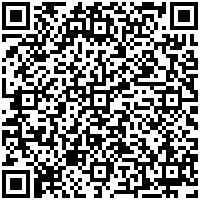