Two people arrived from outside the fold and had a parshah named after them: Yithro and Balak. The two men were similar in many ways. Both viewed with suspicion and curiosity the new nation that went out of Egypt and both reached practical conclusions.

But while Yithro was enthusiastic and decided to help and join the Jewish people, Balak decided that the nation should be cursed and fought against. Each of them was etched in history forever – one for good and one for bad.


When something dramatic happens, we must decide where we are in the story. Balak could have chosen differently. If he had, we would have had a verse that began, “And Balak heard all that G-d did to Moshe and to Israel…and Balak and his sons came to Moshe.”

Similarly, Yithro could have chosen differently; if he had, we would have had a verse that began, “And Yithro sent messengers to Balaam to curse Israel.”

Rabbi Shmuel Polack writes that there is an important message here: Faced with an absolute truth, one cannot remain indifferent. One must do something. One cannot stay in a grey zone.

We see it globally – how different countries react to the existence of the State of Israel – but we also see it personally in our daily lives.

Both decisions – for good and for bad – stem from the same place in our mind: Something great is happening, and we cannot stay indifferent to it. We want to do something.

May we merit to choose correctly. 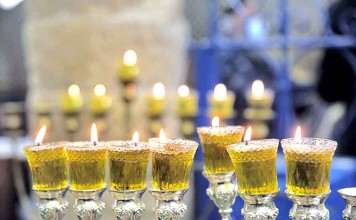