Decades have passed since Israelis invented a modernized drip irrigation to maximize limited water supply and make desert bloom, yet Israeli curiosity, drive and ingenuity toward excellence continues to thrive. Israelis are determined to lead in solving some of the most pressing humanitarian challenges. Working on the precepts of tikkun olam, Israel persists at the forefront of innovation, seeking to make life better for all. Just one avenue where Israel excels is health and medicine.

Nearly 1 billion people in developed countries consider emergency response expensive and delayed, while upwards of 6 billion people in the developing world simply lack access to any sort of emergence response. In cases of accidents, terror attacks or other medical emergencies, people are likely to die or suffer serious injuries because of a lack of proper response. With its unfortunate and long history of facing terror attacks, Israel has honed in on effective emergency response techniques to save lives quicker.


In Tel Aviv and Jerusalem, like in most major cities, ambulances typically get stuck in traffic and cannot arrive fast enough. Following the Second Intifada, a group of young ambulance medics watched too many people die because aid was unavailable. So they envisioned a solution, where medics could be notified according to their proximity to a reported incident. Equipped with medical supplies, they could rush over and stabilize victims within the minutes before the ambulance arrives. This model, now called United Hatzalah, dropped response times to under three minutes.

“We took chutzpah and ran with it,” said Eli Beer, founder of United Hatzalah of Israel. Since officially formalized in 2006, United Hatzalah has recruited over 2,500 trained volunteer medics to join the movement of community-based lifesaving. To fuel the program, the organization worked with Israeli startup NowForce to develop the LifeCompass app, an integrated GPS-powered system that records incidents, alerts nearby medics and guides them to arrive to the scene quickly.

In addition to the app, United Hatzalah has crafted and deployed customized ambulance motorcycles to weave through traffic. This “ambucycle” is stocked with medical equipment and works in tandem with LifeCompass. By way of practical ingenuity, United Hatzalah’s community-based emergency response model has exceled in cutting response time and attending to more people who need critical care. United Hatzalah dispatchers received 245,000 calls last year, nearly a quarter of which are considered life-threatening situations.

Hooked on their effective program, United Hatzalah representatives have traveled the globe sharing their knowledge and experience. “We have taken what we have learned in Israel and begun sharing it with others, because we know that we can help solve this world-wide challenge,” said Beer.

In July, Beer and Dov Maisel, vice president of international projects, traveled to Dubai to present the model to delegates from several developing countries. This model has been deployed in places like India, Lithuania, Argentina and Panama, and recently made its debut in the United States, with Jersey City into the United Rescue initiative.

While sharing tools and techniques with the world has huge merit, teaching and inspiring others to better the world is even more valuable, as Jewish proverbs explain. Israeli institutions are famed as major research centers and engaged in Israel’s role as the “Start-Up Nation.” At the Technion-Israel Institute of Technology, innumerable cutting-edge research and innovation have been born in the halls of the Rappaport Faculty of Medicine.

“Ask any researcher or academic in medicine anywhere in the world and they will tell you that Israelis are world-class, first-class innovators,” said Dr. Debra Kiez, an emergency medicine clinician based in Toronto. Kiez also lectures at the Technion’s American Medical School program (TEAMS) on how to bridge Israeli and American medical systems. “Israel is doing a large amount in medicine and science with very little; as a small yet impressive country, Israelis have a huge ability to discover, learn, innovate, research and teach,” said Kiez, who has worked in Canada, the U.S. and Israel.

“Hospitals and medical schools in Israel are rich learning environments … because people in Israel have learned how to maximize what they can do with very little,” she said.

TEAMS educates America’s future doctors, giving them hands on experience in a rigorous clinical setting while studying under top Israeli physicians and researchers. Graduates land residencies at top programs across North America and go on to successful and impactful careers as physicians, educators and researchers.

Like most American alumni from the Technion medical school, Dr. Samantha Jagger, now a cardiologist at AdvantageCare Physicians in Brooklyn, studied under Nobel Prize winners and stays connected to Israel by following all the published medical research.

“When I was a student at the Technion, I saw the first PillCam being tested during my rotations,” said Jagger. “Now it’s a routine practice everywhere!” Jagger added that there is a special ablation procedure used to solve rhythmic problems in the heart developed in Israel that she and her colleagues use frequently.

Dr. Jason Brookman, a 2004 graduate of TEAMS currently working as a fellowship program director and assistant professor in anesthesia at Johns Hopkins University, said his experience in medical school was “a stepping stone for the rest of his career.”

“Medical school is the foundation, like a background in a good painting, we paint as broadly as possible. With each additional training or residency, our medical careers get refined with smaller brush strokes. The nitty gritty details of medical practice rely on a solid foundation in medical school,” he explained.

Most of the benefits of studying in Israel is getting to learn from world-class experts while in a very diverse setting. As a small country with an extremely diverse population, Israeli doctors serve a wide range of people, with each population bringing unique diseases and cultural tends into the fold, said Kiez.

“My time at Technion and in Israel gave me a really deep cultural experience,” said Jagger. “I got a good understanding of how to deal with patients cross culturally, especially when you can’t necessarily communicate in their language.” Now working with Asian and Spanish speaking patients, she has implemented the skills and tools she garnered from working in Israeli hospitals teaching Russian, Arab and Ethiopian patients. 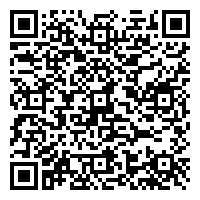