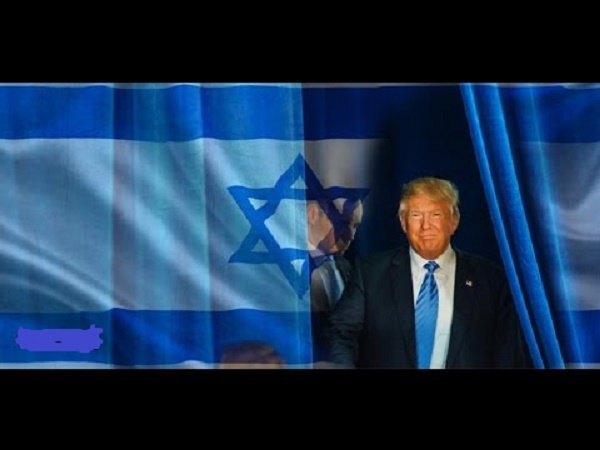 Five years ago, the concept of even talking about this – even three years ago – of cutting off aid to Israel because of two people that hate Israel and hate Jewish people – I can’t believe we’re even having this conversation. … Where has the Democratic Party gone? Where have they gone where they’re defending these two people [Rashida Tlaib and Ilhan Omar] over the State of Israel? … I think any Jewish people that vote for a Democrat – it shows either a total lack of knowledge or great disloyalty.


The CNN article linked above goes on to quote Jonathan Greenblatt of the ADL and several other minor public Jews as saying that Trump is invoking the antisemitic “dual loyalty trope.”

The “dual loyalty trope” is far more than the idea that Jews care about Israel, see American and Israeli interests as aligned, and want US policy to be supportive of Israel. It implies that Jews would be willing to work against American interests in order to help Israel, to stab America in the back – as Hitler accused German Jews of doing to Germany –  for their own purposes.

This is a pernicious doctrine, but there is no evidence that this is what he meant. Indeed, if the Jews were more loyal to Israel than the US, they would be more likely to vote against the party of Tlaib and Omar, Israel’s enemies, than for it.

If this is about Israel, then Trump is repeating a dual loyalty claim, which is a form of anti-Semitism. If this is about Jews being ‘loyal’ to him, then Trump needs a reality check. We live in a democracy, and Jewish support for the Republican Party has been halved in the past four years.

I think these responses are not just deliberate misunderstandings intended to attack Trump. I think that these people are really unable to understand his rather obvious intention, which is that Jews who support the Democratic Party are disloyal to the Jewish people. Not to America, not to Trump, but to the Jewish people.

So let me correctly translate his statement, with which you can agree or disagree: “the Democratic Party has tolerated, even embraced, the antisemitic and misozionist* Tlaib and Omar, and Jews who still support it are either ill-informed or disloyal to their own people.”

One could argue that this is not true, that the Democratic Party can be saved from going down the road traveled by Jeremy Corbyn in the UK, that there are elements in the party that are strongly opposed to their positions, that most House Democrats opposed Omar’s pro-BDS resolution and indeed passed one condemning BDS by a large margin, and so on. I don’t intend to discuss this here. My point is that an interpretation of Trump’s words as antisemitic is simply nonsensical.

To those Jews whose worldview was inspired by the 19th century reformers who believed that they could protect their communities from antisemitism and integrate them with non-Jewish society by insisting that Jews were not a people, but only a group sharing a common religion – Germans or Americans of the Jewish Persuasion so to speak – Trump’s remark was unintelligible.

Interestingly, even the Republican Jewish Coalition seems to have missed the point. It tweeted, “President Trump is right, it shows a great deal of disloyalty to oneself to defend a party that protects/emboldens people that hate you for your religion.” That’s wrong. The disloyalty Trump is referring to is not to “oneself,” but to one’s people. And they don’t hate us for our religion: they hate those of us who support a Jewish sovereign state in a place that they believe belongs only to Muslims. They see the Jewish people as a rival, even an enemy of theirs.

The PLO knows there is a real Jewish people and that it has a deep historical connection to Eretz Yisrael. They deny it because they would like the world to accept their false narrative, but they know that the Jewish people are the aboriginal inhabitants – the oldest extant indigenous people – of Eretz Yisrael, the Jewish ancestral homeland. Many American Jews do not know or care.

Trump himself probably thinks the responses were just attempts to attack him, and maybe that is a part of it. Trump, like Polemarchus in Plato’s Republic, seems to believe that “justice resides in helping one’s friends and hurting one’s enemies,” and doesn’t understand people who invert this idea, like the progressive Jews who subscribe to “Tikkunism.”

Because this post mentions Trump, I will get a lot of angry mail. But before you sit down at your keyboard to type all the adjectives that are so beloved of those who believe that Trump is the Devil, please understand that as usual, this post is not primarily about him. It is about the importance for Jews, even in the diaspora, to understand that they are a unique people, with a homeland that is theirs alone.

Trump is comfortable with nationalism, which American liberals have long since rejected, and it makes sense to him that members of a people would naturally want to stick up for their ancestral homeland, even while preferring to live somewhere else.

It makes sense to me too.

___________
*Misoziony is the extreme and irrational hatred of the Jewish state. It is  antisemitism raised up one level of abstraction, although almost all misozionists are antisemites as well. 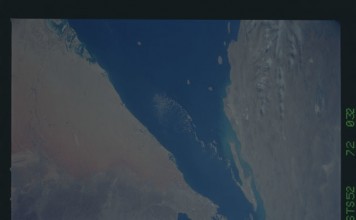 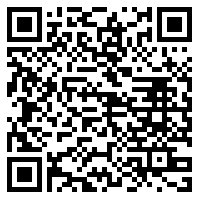