I recently reported deep concern for a young Tunisian Muslima who had disappeared after she posted topless photos of herself to protest the sharia oppression and subjugation she suffered as a Muslim girl. One controversial image showed the young Muslimah, Amina Tyler, smoking a cigarette, baring her breasts, with the Arabic written across her chest: “My body belongs to me, and is not the source of anyone’s honour.”

A Muslim cleric in moderate Tunisia called for her stoning death.  Tunisian newspaper Kapitalis quoted preacher Almi Adel, who heads the Commission for the Promotion of Virtue and Prevention of Vice, saying: “The young lady should be punished according to sharia, with 80 to 100 lashes, but [because of] the severity of the act she has committed, she deserves be stoned to death. “Her act could bring about an epidemic. It could be contagious and give ideas to other women. It is therefore necessary to isolate [the incident]. I wish her to be healed.”


There were rumors that her family had her locked up in an asylum. Such is the life of millions of Muslim girls that want to be free in Islamic society.

Thankfully, Amina’s story went viral and gained international attention. One of the more outrageous reactions was from the Ukraine-based feminist group, Femen, who staged a Topless Jihad Day, to stand in solidarity with Amina. It’s not what I would do but I loved the moxie and in-your-face action to call worldwide attention to misogyny under Muslim rule. These feminist activists  held “International Topless Jihad Day” in major European cities including Berlin, Kiev and Paris. They painted their bodies with slogans such as, “bare breasts against Islamism,” and they protested outside of mosques in various cities.

“We’re free, we’re naked, it’s our right, it’s our body, it’s our rules, and nobody can use religion, and some other holy things, to abuse women, to oppress them,” Femen member Alexandra Shevchenko said while demonstrating outside a Berlin mosque in freezing temperatures.

Finally, a well publicized response to the crushing subjugation of women under the sharia. But what happened next was ……. unforgivable. Reminiscent of the Muslim women who hold down their daughters for FGM (clitordectony), a group of Muslim women came out against the Amina Tyler supporters. “Muslim Women Against Femen” was formed to show that Femen “does not speak for all members of their community.”

The members of Muslim Women Against Femen encouraged other self defeating supporters to participate in Muslimah Pride Day. They are posting pictures of themselves on social media (see below) declaring that they are not oppressed. Well, bully for them. Are they really that selfish? Self absorbed? Inhuman?

If they are not oppressed then this campaign has nothing to do with them.

Millions of women under Muslim rule are oppressed like Amina Tyler and suffer unspeakable brutality under the honor violence code of Islam. What about them? How can these Muslimahs turn their back on their sisters?

The utter disregard of these Muslimahs for the fate of their sisters in other lands is either a depraved lack of humanity or a strange Stockholm syndrome. The mission statement of these supremacists is; “Muslim women who want to expose FEMEN for the Islamophobes/Imperialists that they are. We are making our voices heard and reclaiming our agency!”

This exclusive self-reference, typically encountered among adolescents, accounts for the scorched earth policy of Islamic supremacists. These Muslim women have no interest in the fate of Muslimahs victimized by the sharia because what happens to those unfortunate Muslimahs has no impact on the daily life or goals of Islamic imperialists.

Why are these Muslim women fighting those who wish to help Muslim women?  FEMEN were not demanding Muslimahs remove their cloth coffins or head pieces.  They were tyring to help the oppressed.

Here’s the thing – this whole “Muslim Women Against Femen” is based on a false premise. Nobody is stopping these girls/women from wearing  head and body coverings. But what about women who don’t have the liberty to choose. That’s the point. 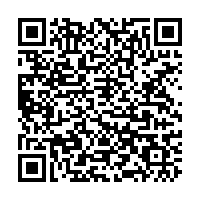