This is one step beyond The Twilight Zone …. it’s the O’Zone, just as poisonous and deadly. (Thanks to Armaros)

As with most things his administration does, I’m sure Obama will be shocked when he reads in the newspapers about the State Dept. declaring a $10 million bounty on the head of what it calls an “enemy of Islam.”

From a State Department Press release:

The United States condemns in the strongest possible terms the cowardly attacks today in Baghdad. These attacks were aimed at families celebrating the Eid al-Fitr holiday that marks the end of the Muslim holy month of Ramadan. The terrorists who committed these acts are enemies of Islam and a shared enemy of the United States, Iraq, and the international community.

Obama’s representatives tell us we don’t take sides in religious wars, but somehow it’s okay to issue a State Department “fatwa” against the enemies of Islam?

How Do We Avoid Mistakes? 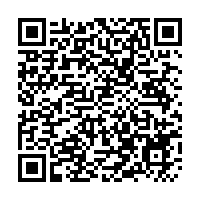