I’ve seen bias from the UN before, but I don’t recall ever seeing a document that looks like it was written by a hardened Israel hater.

The reports usually at least pretend to be unbiased. Not this one.
Francesca Albanese, UN “Special Rapporteur on the situation of human rights in the Palestinian territories occupied since 1967,” issued a report in September that apparently was just made public. The summary gives a flavor of how crazily biased it is.
One of her goals in this report, in the inevitable path to soon officially calling Israel an apartheid state, Albanese accuses Israel of “settler colonialism” without going into any arguments why, just footnoting lots of equally biased papers.
Israel is not a settler colonialist state.
Throughout the report, Albanese fully accepts the Palestinian narrative as true and doesn’t even mention any Israeli counter-claims. The reader sees only one side of the argument, and is not even informed that perhaps Israel has its own arguments. Albanese doesn’t want to acknowledge even the possibility that Jews have a right to their own state.
Her one-sidedness is quite deliberate. She describes the Palestinian right to self-determination this way:

The right to self-determination is an “inalienable right” of the Palestinian people, as affirmed by the General Assembly. The origins of Palestinians’ right to self-determination can be traced back more than a century, preceding the first codification in the Charter of the United Nations. The people of Palestine (Muslims, Christians and Jews), like other peoples in the Levant, also had their right to self-determination recognized under the Covenant of the League of Nations of 1919. Article 22 of the Covenant stipulated that “Class A” mandates (Iraq, Lebanon, Palestine, Trans-Jordan and Syria) would enjoy provisional independence “until such time as they are able to stand alone”. The “wishes” of the local communities were to be “a principal consideration in the selection of the Mandatory”.

But she doesn’t mention the Mandate for Palestine which specifically says that Jews have the right to self-determination – and no one else!

The Mandatory shall be responsible for placing the country under such political, administrative and economic conditions as will secure the establishment of the Jewish national home, as laid down in the preamble, and the development of self-governing institutions, and also for safeguarding the civil and religious rights of all the inhabitants of Palestine, irrespective of race and religion.

This is lying by omission. Albanese knows the contents of the Mandate document – but wants to hide it from those reading this propaganda.  And it happens over and over again.
She offers a brief history of the region where Jews are the only people who ever do anything wrong:

The culmination of centuries of antisemitism and persecution of Jews in Europe in the genocidal horror of the Holocaust strengthened support for political Zionism. This movement saw Palestine as the land to realize a “State for the Jews” through settlement and colonization. However, in that land a native Palestinian Arab population had resided for millennia. In 1947, the United Nations resolved to reconcile the separate claims to the land of the indigenous Palestinian people and the largely European Jewish settlers and refugees from Europe, by recommending the partitioning of British Mandate Palestine into an “Arab State” and a “Jewish State”. Soon after, the creation of the State of Israel in most of the territory of Mandate Palestine was accompanied by massacres and the mass expulsion, wholesale denationalization and dispossession of most of the Arabs of Palestine. They continue to be deprived of their right to self-determination, together with their descendants, the refugees further displaced in 1967 and other non-refugee Palestinians.

The transformation of the Gaza Strip into a heavily populated, impoverished enclave controlled by Israel through a suffocating sea, land and air blockade, is part and parcel of that same settler-colonial design. The containment of the colonial population into heavily controlled reserves is at the core of the settler-colonial goal to ensure the demographic supremacy and prevent Palestinian self-determination.

How do these assumptions fit in with the fact that Israel forcibly removed every Jew from Gaza in 2005? Was that part of the plan too? And did Israel plan for Hamas to take over Gaza so it could have an excuse for blockading it?
This is not just re-writing history. This is Soviet-level propaganda.
Advertisement 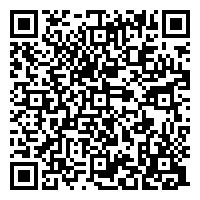