I finally went to the Orthodox Union’s annual Jewish Communities Fair. As a long-time pro-Aliyah activist, I had been curious about this event, and so while on tour in America, I joined the hungry Modern-Orthodox masses at Manhattan’s Metropolitan Pavilion as they searched for new communities and a new life in far flung locales like Jacksonville, Florida, Louisville, Kentucky, and Milwaukee, Wisconsin – but not Israel.

I expected to see a moderately attended event. But to my surprise, the venue was packed with over 1,300 people, exploring the forty-one different communities represented. There was so much noise, I had to stand close in order to hear community leaders make their pitches.

You may wonder, as I did, why would Modern-Orthodox Jews want to leave the kosher conveniences of the NY area and move to remote places like Southfield, Michigan. It turns out, that first and foremost, the answer is affordability: cheaper housing, cheaper education, and getting more for your money. A high quality of life at an affordable price. And incentives. Some communities promise incentives like a $20,000 gift for a down-payment on your home, and free tuition from kindergarten through grade 12.

Josh Elbert, who flew in to represent Southfield, shared with me how he had come to this fair a few years ago and was skeptical when the Michigan people approached him. They said to him, “Don’t judge until you see it,” and indeed, when he saw it, he was smitten. “I am a success story of this event. Because of the connections we made here, we were able to provide a terrific opportunity for our family,” he told me. Because of the drop in real estate, he mentioned, one can buy a very large home for $115,000 in Southfield. Someone who makes forty-five thousand dollars a year can live next to a millionaire.

But there are other reasons to move to the American periphery – such as the opportunity to join a tight-knit community and make an impact on a growing shul, or aging congregation seeking new blood.

I spoke with Rabbi Aaron Winter who came to Chesterfield, Missouri twenty two years ago to serve as their rabbi. He explained to me that Chesterfield is part of greater St. Louis, that they have a congregation of 80 Orthodox families, and their own mikvah and Chafetz Chaim Mesivta. He told me that his shul had succeeded in bringing many non-affiliated Jews closer to Torah. As he put it, “we are on the front lines of Orthodox Jewry in St. Louis.” Now, Chesterfield is looking to grow and they are offering up to five families a grant of twenty thousand dollars each towards the purchase of a home. “When you are an out-of-town community, even one family is gold. People appreciate you being here,” Rabbi Winter told me.

So cheaper housing, affordable education, a sense of community, and the promise of a better quality of life, are luring Jews to middle-America.

But what about the Israel option? Were any of the Modern Orthodox attendees at the OU’s Community Fair considering moving east of New York, to Jerusalem or Tel Aviv? There was no way to really know because there were no tables representing emerging communities in the emerging Jewish state. Had there been a table for, let’s say, Efrat, Modiin, or Maale Adumim, then one could gauge how much action that table saw as compared with Portland. But alas, that option did not exist. The message of the fair was clear enough: If the Orthodox Union is going to help you find a new future – it is going to be in America.

That should come as no surprise. If you go to the OU’s website, you will see lots of pro-Israel links. But if you hover your mouse over the flag of Israel at the top of the site, a text pops up which reads: “Our ‘home away from home’ in Jerusalem, the OU Israel Center, annually welcomes over 100,000 visitors and residents.” The obvious implication is that Israel is a home away from home, but home is America. Another proof of this thinking was laid bare in the ‘Communities Guide’ which was given out at the fair. In it were page after page of US destinations for “Home & Job Relocation” with pictures, contact numbers, and websites. Yet on the back cover the full page glossy called on all to: “Join Us in Celebrating Israel’s 65th Birthday – March with the OU at the Celebrate Israel Parade.” Again, the message is clear: you can celebrate Israel and love Israel with the OU, but if you’re looking to move, consider Cleveland. 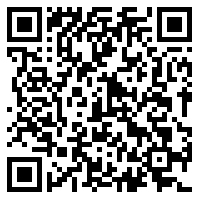