To spend time in Berlin, Germany is to be surrounded by echoes of the Holocaust. The silhouettes of Jewish victims can be seen in the memorials of concrete coffins emerging from the ground, brass plaques cemented into the sidewalks, sculptures of men, women and children atop pedestals, and the anti-Semitic edicts drawn on placards hoisted on street poles.

Statues in Berlin, Germany commemorating the Holocaust
The small community of Israeli Jews who moved to the epicenter of the Jewish genocide since World War II have made a peculiar peace with this past. Some came when the city was divided in two and settled in West Berlin, and others are recent arrivals, former Ukrainians and Russians who prefer Eastern Europe to the Middle East.

They all know the city’s history and they know the oddity that they represent.


Speaking to these Israeli Jews about their relationships with German neighbors is a course of curiosity and incredulity. They offer that perhaps as many as 20% of Germans today are Nazi sympathizers much like their grandparents, and a similar percentage probably don’t think about the past at all. The Israeli-German residents estimate that most non-Jewish Germans are embarrassed about their legacy but don’t want to hate their own flesh-and-blood. Such Germans are left in an awkward situation when they talk with Jews: the unsympathetic descendants of murderers are engaged with the much more sympathetic descendants of their victims, creating an unbalanced state.

The Jewish Berliners dislike the dynamic, and argue that today’s generation of Germans cannot be held responsible for the sins of the past. They argue that today’s Germans have atoned as best they could through memorials and compensation to survivors. These Jews offer that they bemoan the preferred position they have in society as children of victims; they do not want such inherited status. Instead, they seek their righteous rank earned from sympathizing with the challenging constellation that places today’s Germans alongside Jews. The Jews are Germans are equally inheritors of the past, no more, no less.

Today in Berlin, I heard Jews talk about two different Children of the Holocaust. While I have long been familiar with children of Survivors like myself, it was shocking to hear some Jews relate to the grandchildren of Nazis as victims as well, albeit of a familial reputational stain rather than of genocide. Perhaps that is how these new German Jews live surrounded by Jewish and Nazi ghosts: imagining that today’s Germans live with those same ghosts as well.

The Beautiful and Bad Images in Barcelona 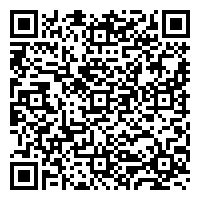