Antisemitism has always been a problem around the world. In the United States, an average Jew is three times more likely to suffer a hate crime than an average black person, and twice as likely to be attacked as an average Muslim person. Yet the media often fails to call out the antisemitism (even while it calls out racism and highlights anti-Muslim sentiments). Americans are also much more likely to believe that there is more anti-Muslim bigotry (82%) than anti-Jewish (64%) according to a Pew Report, even though the statistics clearly indicate otherwise regarding actual hate crimes.


There is a real gap between perception and reality in both the general public and media.

Some of this difference may be due to the belief that violence is warranted in some cases and is consequently not based on discrimination.

A Gallup study showed that a society’s inclination towards violence against civilians was most directly correlated towards human development and governance. In particular, it noted a sharp increase in support for killing civilians in places with “social unrest and national instability.” Indeed, according to a Pew Report, the places with the highest support of suicide bombings against civilians are the Palestinian territories at 40% and Afghanistan at 39%. That compared to other Muslim countries of Indonesia and Iraq which are almost uniformly against suicide bombings.

The calls for the destruction of Israel and violence against Jewish civilians among Palestinian supporters are not confined to the streets of Gaza. In November 2019, Muslim protesters screamed in the center of New York’s Times Square that Israel had no right to exist and should be destroyed. They called for an “initifada” and “resistance until the end – until every inch of Palestine is free.” The celebrated “intifadas” are guerrilla wars against soft targets in Israel which have raged on and off since 1987. From 1967 until 1985 much of that guerrilla warfare happened in the international sphere, such as the Palestinian Arab assassination of U.S. Senator Robert Kennedy, the murder of athletes at the Olympics, and the hijacking of airplanes and cruise ships.

The movement to attack Jews around the world based on the solidarity with “Palestinian rights” has been gathering momentum since 2014, when Israel was last engaged in an all out war with Hamas in Gaza. At that time, thousands of people attacked Jews throughout Europe, even as the media refused to label the attacks as anti-Semitic.

In the United States, social unrest brought its own version of crimes against Jews.

Black Americans are attacking Jews in ever greater numbers, with a spike of 58% in Black-on-Jew hate crimes in 2018. Black people might view these attacks as justified and not particularly based on religious hatred, as the leader of the Nation of Islam, Louis Farrakhan said (to a standing ovation) “I’m not an anti-Semite. I’m an anti-termite.” Farrakhan and his followers believe that they are a resistance movement against the tyranny of Jewish power, and not driven by antisemitism.

This is the oxymoronic logic that festers in social unrest.

Black people have no monopoly on channeling social unrest to attack Jews. The alt-right has shot Jews in synagogues and marched in the streets because they were worried that Jews were facilitating Muslim immigration into the United States, pushing White people into a minority (they fail to note that Muslims are expected to surpass the number of Jews in the U.S. by 2050, and Muslims are much more likely to be anti-Semitic than Christians according to ADL polls). Perhaps they feel that Jews are masochists.

People who feel wronged cannot recognize their own hatred, and hold their aggrieved status as a bold pardon to lawlessness. The “woke” progressive and alt-right communities demand that Jews give up their land, their wealth, their power, their privilege, their victimhood, their rights and opinions, and anything else that they deem illegal, unearned, undeserved, disproportionate or incorrect as their terms of coexistence.

The Crime, Hatred and Motivation. Antisemitism All The Same

Seeing the Holocaust Through Nakba Eyes 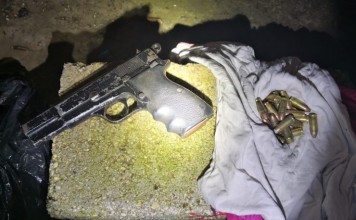