The race to represent New York’s newly redrawn 16th district – now one of the most Jewish congressional districts in the United States – has had a number of inconsistencies and consistencies this election cycle. The common refrain from lower Westchester was a strong dislike for far-left wing “Squad” member Rep. Jamaal Bowman to represent the district. What remained unclear, was whether the community would rally behind a single candidate to defeat Bowman, or split the vote to enable Bowman to coast to victory.

For the past two months, members of the Jewish community divided their support between Vedat Gashi and Catherine Parker. Gashi, who entered the race early, received a significant amount of support from everyone. When the district lines were redrawn in May, Parker entered the race and gathered support from local constituents and people who wanted to see a woman take the congressional seat, much as Nita Lowey had for decades.


Over this past week, realizing that dividing the vote between two candidates was a certain path to victory for Bowman, the Orthodox community opted to put its support behind Gashi as providing the best path to defeating the congressman who voted for policies like “Defund the Police“, “Abolish ICE“, calling the founding of Israel a “catastrophe”, and against the Infrastructure Bill.

Critical to the Orthodox community’s decision was the significant endorsements Gashi has – and continues – to accumulate, including from Mike Spano, the mayor of Yonkers, the largest city in the district and home to a significant base of Bowman support. Spano and Tom Meier, Chair of the Yonkers Democratic Committee will be hosting an event for Gashi on August 16.

Other endorsements this week came from former Rep. Nita Lowey on August 3rd as well as former Rep. Eliot Engel, whom Bowman defeated two years ago. Members of the Orthodox community in White Plains decided to back Gashi on August 2nd, and from New Rochelle on August 4th. The Orthodox community from Scarsdale has been behind Gashi from the start, supporting his moderate, common sense approach to legislation and support for Israel.

Other reasons for picking Gashi include his solid organizational infrastructure set up for the final weeks of the race, with several more months and significantly more money to campaign than Parker, who entered only recently.

It’s never easy to defeat an incumbent, even one with a horrible track record like Bowman. Yet there is a path.

It remains to be seen if the broader Jewish community will get behind Gashi the way the Orthodox community joined in common cause this week. If they do, it might encourage Parker to drop from the race, thereby winning support from the community for her to pursue another political run in the future, and pave a clearer path to defeat a member of the far-left “Squad” on August 23rd. 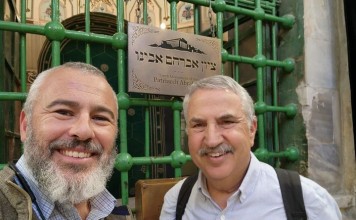 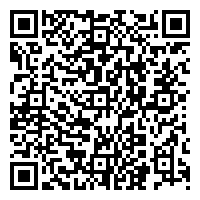