A British MP who was caught on camera branding an Israeli soldier a “bloody Jew” has apologized for his remark, the British-based Jewish News reports. …

Describing an encounter with a soldier while trying to enter an “intelligence establishment” during a recent visit to the Jewish state, he was reported during last Thursday’s program as saying, “An 18-year-old girl wearing a uniform, but with her sort of hair in plaits, and crazy jeweler [sic] and open-toed sandals, with a rifle up my nose. Who the f*** are you, you know? ‘Well I’m a soldier.’ Are you? You don’t look like a soldier to me. You look like a bloody Jew. And I’ve no doubt that if I’d come up with the wrong answer, I’d have had my head blown off.”

[MP Patrick] Mercer, who served as shadow homeland security minister under Michael Howard and Iain Duncan Smith, has told the Jewish News, “I’d like to apologies [sic] unreservedly for any offence I’ve caused to all my friends in the Jewish community.”

A pity he didn’t get his arrogant Jew-hating head blown off, in my opinion. And he doesn’t need to apologize to “all [his] friends in the Jewish community,” assuming that he still has any. He has to apologize to that young woman who, while doing her duty, taught this worthless prick an important lesson: that there is one place in the world where Jews don’t have to take crap from such as him.


MP Mercer expressed the thought held more quietly by so many, especially in Europe and the UK: they believe that it’s just not proper for there to be Jewish soldiers, a Jewish army, a Jewish air force, Jewish nuclear weapons, or a Jewish state. In their minds, Jews exist to be insulted, to be victimized in various ways, maybe to be pitied but never to be respected.

But those days ended in May, 1948, when MP Mercer’s own regiment, the Worcestershire and Sherwood Foresters, along with the rest of the British forces in Palestine, slunk back to England with its tail between its legs, after getting its ass kicked by Jewish soldiers like the young woman he insulted!

There. Now I feel better. 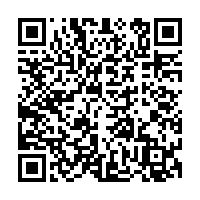