Yesterday Naftali Bennett of the Jewish Home party became the latest member of Israel’s cabinet to call for an end to the pretense that a “two-state solution” could be a ‘solution’ in any sense.

The notion of having a two-state solution established in the Land of Israel is now at a dead end; never in Jewish history have so many people talked so much and expended so much energy in something so futile,

Bennett reiterated his stance that Israel should annex — “as quickly as possible” — virtually all the areas [Area C] that were not handed over the Palestinian Authority under the Oslo accords, including the Jewish communities and a handful of Palestinian towns. He further advocated that Israel devise “aggressive” new plans to drastically improve the economic well-being of both the Jewish and Arab inhabitants of Judea and Samaria.

Bennett said that Israel must continue its settlement activity in Judea and Samaria “in full force, because only facts on the ground would make everyone understand that it is an unrealistic proposition to have a Palestinian entity in the Land of Israel.”

Naturally this led to a storm of criticism — in some cases, abuse — from the Palestinians, the Israeli Left, Europe and the Obama Administration, just as last week’s remark by Deputy Defense Minister Danny Danon that the government would not support a “two-state solution” did.

So what is the history of the “two-state solution?”

The original Palestine Mandate conceived of the establishment of a Jewish state in part of the area taken from the collapsed Ottoman Empire after WWI. The victorious Allied Powers also established a Mandate in what was to become the present-day state of Iraq, one for Lebanon and Syria, etc. The British took about 70% of the Palestine Mandate and created the Arab state of Transjordan.

But despite the plethora of new Arab states (and Mandates that would become states), violent opposition to Jewish sovereignty in what was left of Palestine arose among the Arabs, and for various reasons — oil among them — Britain abandoned its responsibility to the Jewish people. When the British were ultimately driven out of the region — in great measure by Jewish resistance — they sided with the Arabs in their attempt to abort the creation of a Jewish state.

In the lead-up to the 1948 war, there were various partition proposals to reduce even further the area allocated to a Jewish home, all of which were acceptable to the Jews. There was the Peel Commission report of 1937, which proposed a small Jewish state, a larger Arab state and a chunk including Jerusalem to remain under British administration. And of course there was the UN Partition Resolution of 1947. Both of these were rejected by the Arabs, who did not — as they do not today — accept the idea of any Jewish sovereignty in Palestine.

Note what the various “two-state solutions” were supposed to solve — Arab opposition to Jewish sovereignty. Of course only total elimination of the Jewish state could do that.

After the 1967 war, Israel accepted UNSC resolution 242, under which Israel would give back lands it had occupied to its neighbors in return for peace treaties that would guarantee “secure and recognized boundaries.” The clear intent of the resolution was that Israel would give back some of the land, but not necessarily all of it, particularly because the pre-war boundaries were not ‘secure’.

Israel signed a peace agreement with Egypt and evacuated the Sinai (unfortunately Sadat would not take Gaza as well). But in 1988, Jordan ceded its claims on Judea and Samaria to the PLO. Any peace treaty in the framework of 242, then, would have to be with the PLO.

The Oslo agreements of 1993 were intended to lead to such a peace agreement. As everyone knows, the PLO was not prepared to accept the terms offered at Camp David and Taba in 2000-1, and chose to make war instead — a war in which more than a thousand Israelis (mostly civilians) and possibly 3,000 Arabs (mostly combatants) were killed.

The PLO rejection of the offers was not a matter of technical details, but of fundamental ideological beliefs. This is shown by the refusal of the PLO to change its charter despite a massive effort by US President Clinton to get them to do so, by the persistence of both terrorism and incitement throughout the Oslo period, and by the ultimate recourse to war against Israel’s population.

Nevertheless, another offer was made, this time by PM Olmert in 2008. This offer was even more generous than that made in 2000-1. When its contents were revealed recently, many Israelis were shocked. But that offer was rejected as well.

Israel evacuated every last Jew from the Gaza Strip in 2005. They even dug up bodies from cemeteries and removed them. For reasons that I have never understood, the PLO was furious that the withdrawal wasn’t ‘coordinated’ with them.  Israel got absolutely no credit for giving the Palestinians what they had been saying they wanted for years! Of course, two years later, Hamas came along and viciously took over Gaza, murdering numerous PLO functionaries. But that wasn’t because the withdrawal wasn’t ‘coordinated’. In any event, it showed that evacuating territory near Israeli populations was a bad idea when Hamas ramped up its rocket attacks.

It has always fascinated me that those calling for a “two-state solution” seem to believe that once an agreement is signed and the IDF leaves the territories, then there will be peace. Is there any precedent that the Arabs might not honor an agreement? Could a regime change on the Arab side cause the abrogation of the agreement? Just to ask these questions shows the idiocy of the “two-state solution!”

As Abraham Katsman argues here, the security consequences of a withdrawal from Judea and Samaria are unacceptable:

…history indicates that withdrawal to the pre-1967 lines, absent major changes, is arguably the single most counterproductive act imaginable for long-lasting peace. There is no greater obstacle to peace than the perpetual temptation to launch another war against Israel from such lopsided lines.

What is so sacred about the pre-1967 lines, anyway? In 1967, there was neither peace nor an independent Palestinian entity. Similar lines were part of the 1947 Partition Plan, and were overrun by invading Arab armies. The pre-1967 lines were never an internationally recognized border — thanks to Arab insistence that they not be. They were merely the armistice lines of 1949, an armistice honored mostly in the breach. In 1967, Arab armies finally shredded the armistice by attacking across those lines, in spite of Israeli pleas to Jordan’s King Hussein not to do so. With new ceasefire lines in 1967 and 1973, the pre-1967 lines were rendered meaningless, having lasted all of 18 years, 1949-1967. R.I.P.

Even putting aside Israel’s own legitimate legal, cultural, and historical claims to disputed territories, Israeli withdrawal to those lines won’t happen now due to Israeli aversion to existential vulnerability.

The bottom line for Israel is a sovereign Jewish state with defensible borders. The PLO’s reason for being is to end the Jewish state. What’s surprising is that John Kerry and others continue to think that there’s room for an agreement that could be consistent with both. 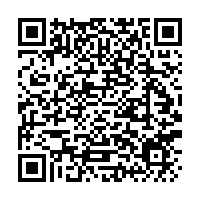