While it had been a lifelong dream to make Aliyah and move to Israel with my family, most people who heard about my plans had a similar reaction—“are you completely nuts??!!?!!!!”

As a clinical psychiatrist, I felt comfortable answering them with expert testimony that I wasn’t exhibiting signs or symptoms of “being nuts.” Nor was I zany, bonkers, or even bananas. I was just doing what every Jew for the past 2000 years has wanted to do: I was going home to The Land of our Forefathers.


With this first question addressed, some brave friends (thank you Rabbi Chananel) and family (you’re the best Gramma ever!) suggested that I follow my dreams of moving to the Jewish Homeland. But most others remained skeptical and followed up their first question with one of the following three subsequent ones:

2) Don’t you know that Israeli culture is different from American culture?

3) Don’t you know it’s very hard to make the transition to Israel?

And while each of these deserves an entire thesis on it’s own, perhaps it’s easier if I provide shorter answers.

The response to the first question—Don’t you know it’s dangerous in Israel?—is easy. Don’t you know that the World is a very dangerous place these days? Whether it’s the terror attacks in France, Germany, America, Turkey, or any of the other nations plagued by Islamic extremism, things are very different than they were thirty years ago when Israel was the lone nation constantly under threat from terrorism. I will never forget my experience working in the emergency room in Boston at a major city hospital on April 15th 2013. It was a peaceful Monday afternoon until dozens of victims from the Boston Marathon Bombing came in covered in blood and the entire city was immediately shut down in the face of terrorism. So when people ask me if Israel is dangerous, I ask them if they know that Boston is also dangerous. And then I ask them to consider whether they truly believe that any country on Earth is better equipped and more dedicated to defending its citizens from terrorism than the state of Israel?

The answer to the second question—Don’t you know that Israeli culture is different from American culture?—is also easy. Are most people really happy with the direction that the Western World is heading? With levels of personal satisfaction declining in Europe and North America, heading to a place where things are a bit more old-fashioned and family-oriented is a breath of fresh air. On my morning commute last week, I watched as a young mother brought her three young children onto the bus. Beyond the people who made room for the children to sit together, the driver himself held her infant daughter and sang nursery rhymes while the mother folded up her stroller and secured it for travel. Could something like this possibly happen in Chicago where more than 200 homicides have rocked the city over this past year? The feeling of community and the sense of being one big family is absolutely priceless and 100% palpable in Israel.

The answer to the third question—Don’t you know it’s very hard to make the transition to Israel?—is a bit more complicated. Transitions are interesting for everyone and mastering a new language is never easy. I often describe the immigrant experience as a mix between going camping (e.g. you don’t have any of your stuff or the creature comforts that you’re used to) and waiting at the DMV (e.g. there is no sense of time, structure, or efficiency). On a personal level, I was forced to stop asking why the Ministry of Health isn’t involved in obtaining health insurance, the Ministry of Transportation isn’t the first place to get your driver’s license, and what the Interior Ministry does in general because that might have made me completely nuts. Thank G-d on most days my biggest problem is struggling to find out where to buy high quality trash bags that don’t rip on your way to the dumpster…or other similar struggles.

And for everyone who doubted whether or not it was worth it, know that there is nothing to inspire personal growth like waking up each morning as a Jew in the Land of The Jewish People. And furthermore if this photo of the sunrise from my backyard isn’t enough to prove it, have someone take your pulse… 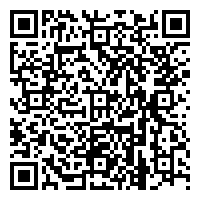