I write today from Jerusalem, where I have been for the past week, due to the opportunity created by the Orthodox Union, and with the help of the Young Israel of Forest Hills, to participate in a Solidarity Mission to Israel.   I went on this mission with only a day’s notice with great trepidation and wondered, “Am I foolish to be  going now? Is it not foolhardy to go to spend Shabbat in Sderot, less than 2 miles from the Gaza border?  One of my daughters is frightened.  I joke with her that she’ll be better off if I die; we’ll finally have some money from the life insurance (actually, I’m not sure that they would pay if I took the risk of going to a hazardous area)  and what do I think I will accomplish, anyway?   What do these brave people, who have already absorbed thousands of rocket and mortar attacks since Ariel Sharon’s perfidious unilateral disengagement of 2005 have to gain from spending time with me, who lives in the comfort and safety of Forest Hills.?  Why in fact have I ever felt that I have the right to voice an opinion about the “matzav” from my armchair far away, and not just humbly bowed by head to the brave soldiers, and residents of of Israel?”


Frankly, I don’t know the answer to those questions.  But I came anyway, because (a) I have heard that it is appreciated by them, (b) I wanted to experience, at least a little bit, what they are going through, and (c) I simply couldn’t stay away.   The opportunity to come pulled me like a magnet.. I need to be with my people…though I know them not individually.  I instinctively knew that it would mean a lot to them – and to me – to be be there with them.

The experience turned out to exceed all expectations.   It is impossible to adequately describe  the spirit that enveloped us last Shabbos in Sderot, where we davened Friday night at the largest YeshivatHesder in Israel, along with 250 or more Yeshiva Bachur/soldiers, and over 500 regular soldiers, who with guns strapped to their back joined us in a two hour Carlebach style Kabbolas Shabbos with singing, dancing and pouring out our hearts – seeing young shoulders screaming out “AnachnuMaaminimBnaiMaaminim” (We are believers, children of believers) , “ShomrimHafkedl’Ircha” ( O G-D Appoint Guradinas for Your City), Etc. Etc. ; the sight of the hungry and tired soldiers in the base camp gratefully acknowledging our coming, and the many hundreds who came by to drop off food for Shabbos, shampoo, jackets, pocketknives … anything they could think to help ; to be able to to sit with and comfort wounded and soldiers and their worried families; to speak with children of all ages who were hurt and traumatized by the rocket barrages and to see the wonderful work that the OU Israel and other organizations are doing to help ; to receive a briefing from a high ranking, religious colonel who oversees 20,000 + troops in Gaza and explains to us, showing video detail about how difficult it is to make a decision in real time about whether an oncoming vehicle is a bomb, and how Hamas distorts reality, and then to stand with him on a hill overlooking Gaza and seeing the battlefield before our eyes . . . . I cannot do the experience justice.

I did, however, want to share a few thoughts that I have in retrospect after staying in Israel for another few days in Yerushalayim, mainly to spend time with family and some old friends.   It strikes me that although I am not more than an hour and a half from Sderot, it seems in many ways like a different world.

I think back to the excitement, passion, sense of meaning and empathy of last Shabbat: the children that have stoically endured thousands of rockets and the accompanying fear and sometimes great loss;  of the brave people who came from comfortable North America far away and placed themselves in areas that were prone to attack simply because they wanted to let our brothers and sisters know “We are With You” . . . I think of them all and I look around at the seeming tranquility and humdrum of daily life here – and I am sure all the more so back home in America – and wonder, “Do they appreciate what is going on?   Are they aware what sacrifices are being made on their behalf?  Is there anything that is different for them at this time of battle, or do they – after saying an extra chapter of Tehillim and checking the news reports – go on with life as normal?   If so…Is that perfectly fine?”

Truth be told, things are not just going on as normal.  In the primarily Chareidi neighborhoods that I am spending most time in, there is more urgency than normal during the tefillot (prayer services), less of a sense than normal at this time of year that “BeinHazmanim” (yeshiva vacation time) is about to begin, and a certain sense of unease that is in the air.  I am very pleased that while at first I had heard that many yeshivos were planning on having the regular BeinHazmanim after TishaB’Av (I even heard it being defended as the necessary rest before the intense Elul zman), saner heads have prevailed and announced that for as long as the war continues, the yeshivos need to stay in full learning session.  This is the only ethical path; if people are expected to accept that the reason yeshiva students are exempted from army service is because they are doing their share of protecting Israel through their learning, then surely that learning must continue in full force while the is on.  Kudos to the BelzerRav, Chief Rabbi Yosef, and the MoetzesGedoleiHaTorah for putting out that message.  It is heartening to see that the majority of the Chareidi community is trying, in their way, to be supportive of the war effort.

Other things also show it is not quite “business as normal”, even away from the southern communities.  There are far less tourists than usual in the summer, which is hurting many businesses.  There has been an uptick in terror attempts coming from the Arabs in Yehuda and Shomron; a very major car bomb attack was foiled just as it was about to enter BeitarIlit, where my two older children live.  The streets seem a bit emptier than usual; people do not want to venture away from home and the children when unnecessary.  But one good thing seems to have emerged at this time – there seems to be much more unity and shared sense of purpose –  more powerful than at any time in recent memory.

Across the political spectrum, almost from far right to far left;  crossing over the religious divide, from fervently Religious Zionist to fully Chareidi;  Ashkenazic, Sephardic, wealthy and poor;  all seem to agree that the IDF is fighting a necessary and virtuous battle, and must continue until the tunnel and rocket threats are eliminated.  Especially given the way that Israel is being excoriated and slandered in the world press, by western leaders, and by the so-called protectors of human rights and peace, it is refreshing to see the strength of purpose, and sense of unity of the “Amcha” in Israel who know that this is a just battle that Israel must wage and win, whether the world agrees or not.

Unfortunately, this unity is not unanimous.   There are those on the far left that continue to pressure PM Netanyahu to accept a cease fire under terms dictated by Hamas, and are overly concerned about the way Israel is being portrayed.  There are those Reshaim in the Neturei Karta who predictably appear at pro-Hamas rallies to say that Hamas is justified in fighting the brutal and illegitimate Israeli government.   Those loons do not worry me, they are beneath all contempt.  I am, however, bothered by those on the left that are taking advantage of the situation to demonize yeshiva students who are not  “sharing the burden” by fighting in the IDF.   I am also bothererd by some strains within the mainstream Yeshiva world such as “the Great GaonRavYisrael Y Kalmanowitz” who spoke at a major rally in BneiBrak this week warning that “The main challenge in our time is to stand firm against efforts to break down the walls between Bnei Torah and the ‘mixed multitude’ (EirevRav). . . in such a time as  war, when there is a natural affinity for closeness, we must strengthen ourselves not to connect with them (the satanic army), not directly or even emotionally.  (My translation of an excerpt of an article in HaPeles, 3 Av 5774, page 2).   These words speak for themselves.   I can only hope that those who follow this path are a small minority.

But one thought naggingly remains.  Even with all of the unity that most feel, there is still a huge difference between those who feel unified in spirit with the families of the South and the soldiers, and those who do not suffice with feelings from afar, but determine to get up and do something to help.   Between those who applaud and encourage the work an blood sweat and tears of others, and those who feel that that soldier is my brother…that family are my cousins…that mother is my mother, and I MUST do whatever one can to help.

Here in Israel there are the many who load up their cars with food, and drink and candy and books to deliver them to soldiers and communities in the south.   Those who, like OU Israel, organize teams of social workers, health professionals, psychologists, Rabbis, and volunteers to go and spend time and help with the very many needs of so many who have been traumatized.  Those who offer their homes ans support to those who need to get away from Sderot, Ashkelon, and other communities for a few days, and who go to visit and shop and help support those communities.

For those in ChutzLaAretz, there is much you can do – here are a few:

In closing, I note that it is but a few days before TishaB’Av.  I deeply hope that the AhavasChinam (selfless love) that is being exhibited by the overwhelming majority of KlalYisrael only grow and spread, and that the time will soon come that no nation will raise  sword against each other, and the land will be filled with the spirit of Hashem. 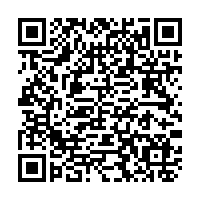