Several days ago I engaged with Leftist activists at the Jerusalem Day Parade, including Sarah Tuttle Singer and a friend of hers that did not give her name. They claimed Muslims in the Damascus Gate marketplace were friends of theirs.

I challenged them to go in and ask the first Muslim they find why the Muslims built a mosque on top of the Jewish Temple Mount?

I also challenged them to go ask their “friends” in what year did an Arab Palestine country, state Or land exist before Israel – and I will be there to watch the reaction.

Sarah’s friend claimed that my gun proves that I am not looking for peace. You see, liberals live in a make believe world so far out of reality it resembles a Disney cartoon. Jews are being slaughtered in the streets by Muslim terrorists, we are unable to walk through the gates of Jerusalem throughout the year, Jews are being shot, run over and murdered and the gun that I wear for self-defense proves that I don’t want peace?! They really have to stop sniffing that peace drug! This morning I went shopping at Rami Levy.

There were Muslims who were in the middle of Ramadan shopping and Jews shopping for Shabbat and the upcoming Shavuot holiday and I was there with my M-16 strapped over my back as well as my secondary weapon on my hip.

Not only were the Jews not nervous about the fact that I’m walking around with two guns, the Muslims knew that if a terrorist walks into that store, I will be protecting them just like everyone else. The guns that I and many other people wear are not a situation we asked for, they are a reaction to the situation we were forced into.

We did not start the wars, we did not ask for the wars And the fact that the Arabs lost the wars they started does not turn them into victims, only into losers.

I understand the world has gotten used to Jews picking up their arms and walking like sheep to the slaughterhouse, but they better wake up and understand, we will do whatever is needed to make sure that never happens again! I will not apologize for my guns nor will I apologize for unwilling to cooperate with the radical Islamic terrorists who want us once again to become victims.

I’m sorry the liberals in Israel have been struck with a fatal case of the Stockholm Syndrome and I’m happy the disease is not airborne. The cure? TRUTH!

The only person who would be nervous about my guns are the terrorists who are looking to murder my people and to them I say, be nervous and be scared!

This is why I spend my days and nights with Standing Together 24/7 IDF supporting IDF soldiers with whatever they need.

If you feel guilty for our ability to fight back, do not get upset at the world if they criticize us for doing so.

You convinced them that a Jew with a gun is the problem and not the reason we are forced to go shopping with an M-16 on our backs. 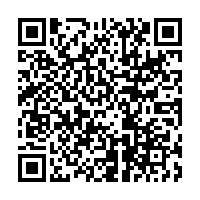