One of the more unfortunate by-products of labeling various groups of people is how they are often associated with certain types of behavior. Orthodox Judaism is not immune to that at all. Usually in very unflattering – negative ways.

Two examples of that are the following:  Charedim all cheat the government whenever they can get away with it and modern Orthodox Jews don’t really care about Halacha that much. These are common prejudices that many among each a group think about the other And they are both false. Charedim do not as a group cheat the government any more than any other ethnic group, whether Orthodox, Jew or non Jew. And modern Orthodox Jews care about Halacha as much as Charedim do.

When such negative stereotypes are utilized by people from without, it is naturally upsetting – even insulting to the people from within. For me that is a clear violation of Lashon Hara. And the result is often responding in kind using prejudices about the people in other group in increasingly disparaging ways. It is a vicious cycle that amounts to no good with a resentment that can spiral into a virtual hatred of the other group.

This does not mean that there aren’t some individuals within those groups that are guilty of a particular stereotype. There clearly are. But to characterize the many because of the few is grossly unfair and wrong.

Why is this case?  Why do these groups become stereotyped that way? Unfortunately because there too many instances of the negative stereotype within those groups. Which leads to bad publicity and false generalizations by observers. That misinformation then spreads and if you are not a member of that group you begin to believe the negative stereotype about that group. Which becomes hard to defend against. Once the reputation becomes established – every future instance or observation of it becomes a – ‘What do you expect from them?!’

Isn’t that how Lashon Hara works, though?

I happen to be of the opinion that the level of character, honesty, integrity, and kindness are the same among both groups.

I believe the ability to reach great heights in character  is the same for all people in any civilized society. As is the ratio of those among them to veer into the opposite direction. There are good and bad people among all groups.

Why do I believe they are the same? I base it on another statistic that might be disputed by the religious world and yet according to experts (both religious and secular) is the same among religious Jews as it is among secular Jews and even non Jews. The ratio of sex abusers is about the same in all communities. Religious or otherwise. I think that’s probably true about all types of behavior.

One may ask, isn’t the Torah supposed to give you a higher sense of ethics and honesty? Of course it should. But people are human and fall prey to their own particular failings and prejudices. There are individual differences between people – whether through nurture or nature – that account for all sorts of behavior from good to bad.

On a personal note, I have found the Charedim of Ramat Bet Shemesh to be the kindest and most ethical people I have ever met. As have modern Orthodox Jews (Datim) I’ve encountered here.

Just today I was in a Makolet (a small grocery/convenience type store) to buy an Angel’s Bakery poppy seed coffee roll for my morning coffee. When I presented my credit card, the cashier said there was a 20 Shekel minimum in that store. As it happened, I had no Shekels on me at the time. I was all set to be disappointed and put that cellophane wrapped and sealed coffee roll back on the shelf when a very nice young Charedi women waiting in line behind me saw my dilemma and disappointment – and insisted that she pay for it.

I appreciated the gesture and told her that it wasn’t necessary. I could live without it. But she insisted and placed the money on the counter for the cashier to take. Which she did before I had a chance to stop her.  What a nice lady and what a nice gesture – one that cost her some money. A complete stranger that I had never met – and would likely never see again.

I don’t think this kind of kindness is the exclusive to Charedim. But it is clearly a part of who they are in Ramat Bet Shemesh. More than half of which is a microcosm of the Charedi world.

I think we should all just step back from our prejudices about those outside our camp, and see the world for what it really is a collection of human beings whose character ranges in the same ratio with respect to the entire spectrum of ethics, honesty, and kindness. We should also to strive to view the level of observance in all Orthodox Jewish groups to run along the same spectrum. From strong commitment to weak commitment. No  one group has a monopoly on those things – for good or bad. Being Dan L’Kaf Zechus – judging fellow Jews favorably is the way we should all be thinking. Wouldn’t that be a wonderful way to improve our lives after the Days of Awe we just experienced? 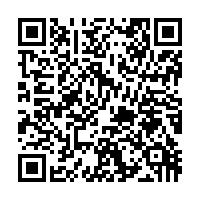