Nine days have passed since Hamas terrorists kidnapped Eyal, Gilad and Naftali. Over the weekend, our soldiers haven’t stopped searching for them.

Israeli security forces continued to operate in the Judea and Samaria region this weekend as part of their ongoing mission to locate three abducted teens. The forces also targeted Hamas operatives and the organization’s terrorist infrastructure in connection with last week’s abduction.


IDF soldiers have detained ten Hamas operatives and searched approximately 146 locations since Friday morning. Over the past two days, the troops carried out extensive search and rescue missions in the western Hebron area. In addition, security forces conducted operations targeting 15 Hamas institutions throughout Judea and Samaria.

Since the beginning of the operation, IDF forces have searched about 1,350 locations for terrorists, illegal weaponry and the abducted boys. The soldiers arrested about 340 terrorist suspects, of which 250 had associations with Hamas. More than 50 of the detained suspects are Palestinians released during the Gilad Shalit prisoner exchange in 2011. In total, security forces have operated against roughly 45 Hamas establishments.

“Our activities are ongoing,” said IDF Spokesman Lt. Col. Peter Lerner. “We are combining actions on the ground aimed at locating Eyal, Gilad and Naftali, and systematically targeting Hamas’ terrorists and its civilian support system.”

Lt. Col Lerner stressed that the IDF remains determined to bring the boys home while striking the Hamas terrorist organization on all levels. “Hamas’ attack is an attempt to undermine the security and stability of our region,” he said. “They will bear the consequences of their actions.”

Israel Memorial Day: The Yeshiva That Pays The Price 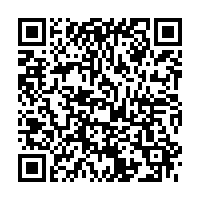