In a ynetnews report of the meeting between Israeli Prime Minister Lapid and USA President Biden, the latter is quoted as having said:

“Don’t surprise us,” when it comes to the matter of the Israel-Palestinian conflict and West Bank settlements.

Some social media reactions to this suggest that he is asking Israel to promise that decisions regarding Judea-Samaria are made either in consultation with the USA or in line with what we know the USA would approve of. Therefore, they say, this is another demonstration of the fact that Israel does not yet get that we are a sovereign nation making decisions based on our own needs and interests and not as dictated by another country, however friendly that country may purport to be. After all, there is no other country in the world that asks any other country for permission to build houses. And the leader of no other country would respond with a smile when asked to do so.

I would like to make two points regarding this small moment in a visit that provided much material with which journalists, analysts and social media pundits can make hay for quite some time:

What is surprising is the fact that recently, after a two-decade court battle, the Israeli Supreme Court upheld Israel’s claim to Area 918 in the South Hebron Hills. The same court had earlier found Khan al-Ahmar illegal and subject to immediate evacuation. What is not surprising (sadly so) is that Khan al-Ahmar has still not been taken down, and what is surprising is the swiftness by which the bulldozers moved onto the land to take down illegal squatters’ huts in Area 918 and the IDF began carrying out live-fire training because it was once more safe to do so (no more illegal civilians in the area who could get hurt).

What is not surprising is the uproar on the part of leftist anti-Israel NGOs funded by antisemitic European political bodies who do everything they can to prevent us Jews from doing anything that has the flavour of sovereignty.

What is surprising is that I have not seen any official Israeli response either way to their accusations and propaganda. Ignoring such lies may mean that they continue to circulate unchallenged on the social media and anti-Israel mainstream media. However, we are too often witness to our own elected representatives supporting the views of those who hate us (such as accepting it as truth when B’tselem makes claims of settler violence before an investigation can prove whether the violence was defensive or offensive, provoked or unprovoked). Therefore, silence is welcome in this case.

The Biden visit is over. We can go back to business as usual. The traffic in Jerusalem has gone back to normal. Aside from the surprising glitch in the South Hebron Hills, there will be no surprises in Judea-Samaria for the foreseeable future. When it seems, for some unfathomable reason, in our interest to do so, we freeze Jewish house-building as an act of appeasement and subordination to some “significant other”. And when they turn their backs, or enough time has gone by, we resume building Jewish homes.

How sad is this!!

But this does not have to be the end of the story. Click on the poster to get to the Sovereignty Movement website and learn more about what we can do to get us out of the appeasement mentality. 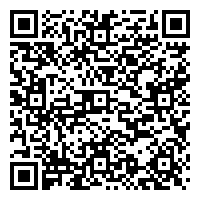