An Israeli policeman, 29, who was manning a roadblock at the Ra’anana Central junction, was run over and killed early Sunday morning by a 17-year-old Arab car thief from Ramallah.

The Arab was driving a vehicle he had stolen shortly before from the Gush Dan area, and the roadblock was set up to capture him.

The suspect was arrested after a search that was aided by a police helicopter.

The police have ruled out the suspicion that the trampling was motivated by nationalistic sentiments.

The commander of the Kfar Saba precinct, Chief Superintendent Sharon Manor, said that the policeman was run over shortly after 2:00 AM when he was standing at a roadblock set up at the intersection, following a report of car theft in Gush Dan (metropolitan Tel Aviv). The investigation of the case was assigned to the special unit for the fight against crime in the Sharon region, in cooperation with the Police Central District Investigators’ Unit.

Last month, a police volunteer was run over and killed at the Beit Dagan junction, north of Rishon LeTzion. The police arrested four suspects who fled the scene in their vehicle. Earlier this month, the prosecution filed an indictment against one of them, Rani Alkamlat, 28, from the Bedouin town of Rahat near Beer Sheva. Alkamlat was charged with murder with indifference, aggravated intentional sabotage, endangering the lives of persons intentionally on a highway lane, and drunk driving. He was stopped by police after hitting another vehicle when he then got out of his vehicle and ran to the opposite lane and was apprehended by police officers who followed him. 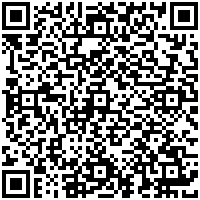