A lot of people have been saying that what Naftali Bennett just did– forming a government with the left, the radical left, and the Islamists– bringing them all into power at the expense of a right-wing government, was undemocratic.

It’s true that Naftali Bennett lied and cheated the majority of voters who voted Yamina, just like Ariel Sharon did to his Likud voters.

But that doesn’t mean the process of forming a leftwing coalition with Bennett in the top seat was undemocratic, it was just absolutely unethical.

Israel doesn’t have direct elections. Israel has a parliamentary system, and therefore anyone, even someone from a one-seat party, can legitimately and democratically be appointed prime minister by the other parties if he can get the other politicians to coalesce around him.

In fact, technically, what happened last night is no different than what Netanyahu did in 2009 to Tzipi Livni.

Netanyahu’s Likud party had one seat less than Tzipi Livni’s party, but Netanyahu managed to form the coalition and be appointed Prime Minister, because Netanyahu was able to muster the majority of the coalition partners. The difference here is that Naftali Bennett, like Ariel Sharon before him, outright lied and cheated his voters, most of whom would never have voted Yamina had they known he would act against their interests and lie to their faces to the extent that he did.

We can hope and pray that the Israeli voter doesn’t have the memory of a goldfish, and when elections come around again (hopefully) sooner or later, Bennett and Shaked will be suitably punished in the voting booth.

We can certainly hope that the political price they pay for it will either discourage a repeat performance from other politicians, or even better, that Israeli citizens will finally demand and get this broken system changed to be more representational, with politicians directly answerable to their electorate.

As for this Shinui government, we see that the left are willing to patiently and temporarily put all their long-term, major demands temporarily on hold for the bigger picture.

As for all the anti-religion, socio-economic and political agendas they want to promote, as Meretz MK Freg pointed out, they will use their time in power under Bennett to start building up the groundwork for it, introducing small changes where they can that won’t topple the coalition. And when they finally get rid of Bennett and Shaked, they’ll start implementing the bigger stuff.

The left spent decades in the political wilderness, paying the political price for their horrifying and deadly policies. They have enough patience to wait out Bennett and Shaked for another election cycle or two, to try and get the opportunity to implement those horrifying policies again. 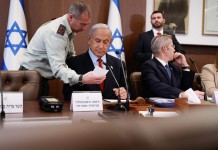 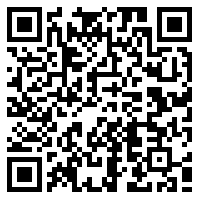