Shimon Dotan (of Hot House * [Shimon Dotan’s documentary, Hot House, funded chiefly by Israel’s New Foundation for Film and Television, sympathetically profiles female terrorist Ahlam Tamini who murdered fifteen people, eight of them children, in the bombing of the Sbarro pizzeria on August 9, 2001. Yet, speaking for the Palestinians, Dotan comments: “We owe them empathy.” ]) is in Yesha for this film:-

The Settlers, a two-hour documentary on the history of the Israeli settlements enterprise on the West Bank, will explore the origins of the settlements, the changes they have imposed on Israeli and Palestinian societies, and their impact on Middle Eastern and world affairs. The settlers are associated with xenophobia and religious zealotry. But little is known about the personal beliefs and stories of the settlers themselves.

Director Shimon Dotan’s research has uncovered growing influences on West Bank settlers that include interactions with French and American religious Jews and well organized evangelical Christians. He plans to explore the various forces that shape the lives of the settlers both externally and internally, and immerse himself in their midst to deliver a film from “within.” “This film,” Dotan said, “will be an exercise in listening.”

Filming begins in Israel in July of 2013.

The Settlers is a documentary feature exploring the Israeli settlement-enterprise in the West Bank. It will unveil the dramatic origins of the settlements, the transformative changes they have imposed on the Israeli and Palestinian societies, and the forces, internal and external, that drive them.

With those parameters, this is bad news.

* HotHouse also makes it clear that the Israeli criminal justice system uses imprisonment to stifle or control Palestinian democratic political life, revealing that 13 prisoners, who were not involved in terrorist or military actions, were political candidates in the 2006 Palestinian elections, which saw the rise to power of the militant Islamic party, Hamas. In this regard, the film shows how Israeli prisons have become incubators for political education and debate, which often influences Palestinian society at large. The Palestinian experience in Israeli prisons has become a national symbol in Palestine, and the prisons themselves have become virtual universities for Palestinian nationalism, shaping the prisoners’ ideology, strengthening their political convictions, and, as was the case on South Africa’s Robben Island or in the H-Blocks in Northern Ireland, enabling the development of future political leaders. 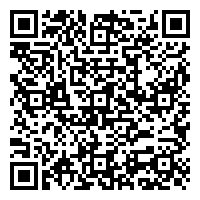