Moscow, August 29 – Officials in the administration of President Vladimir Putin voiced embarrassment today following the accidental release of the outcome of the upcoming vote for Knesset representation, journalists in the Russian capital are reporting.

Multiple local sources recorded Russian intelligence and diplomatic officials issuing apologies or demanding explanations for the premature release of the numbers, which see incumbent Prime Minister Binyamin Netanyahu retaining his hold on the premiership on September 17 but facing the same political stalemate that now plagues Israel’s parliament amid failure to form a governing coalition under similar circumstances this past April.

An official from the FSB, the Russia’s intelligence agency, admitted his organization failed to maintain adequate data security and promised a full inquiry into what led to the leak. “It’s not supposed to be out in the open that we’re controlling other countries’ elections,” explained Nokyor Soksov. “The system works best when that aspect of our operations remains a suspicion rather than a confirmed fact, considering that our goal is to sow division and cause each party to accuse its rivals of benefiting from Russian interference. But somebody messed up, and we’re figuring out exactly who and how as we speak.”

Israelis will vote again on Tuesday, September 17; allegations of Russian interference in others’ elections have plagued the politics of multiple Western nations in recent years, most notably the US 2016 presidential elections and the UK vote earlier that same year to leave the European Union. Netanyahu enjoys friendly relations with Putin, but the personal connections between the two figures take a back seat to the latter’s ambitions for a prominent place on the international stage and extensive influence in strategic regions.

Mr. Soksov also noted that his country’s efforts to sow divisions in the West might prove more successful without concrete evidence of Russian election meddling, but that this episode might serve a positive role in the overall division strategy by demonstrating the immediacy of mutual recriminations going forward. “If everything had remained in the realm of allegations, the valence of ‘collusion’ charges might wane over time,” he stated. “But this way, we may have compromised a single inconsequential Israeli vote while in return augmenting the power of our efforts elsewhere by showing how real the interference concerns are.”

The FSB official acknowledged that despite the awkwardness of the present situation, with the cat out of the bag on the current Israeli elections his agency and its affiliated bodies can now focus on manipulating the results of the following inevitable round sometime in early 2020 after Netanyahu again fails to cobble together a ruling coalition. 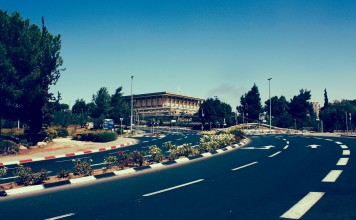 5 X Prime Minister – Can We Expect Anything Different? – The Tamar Yonah Show [audio]